I have to ask: is anyone else confused by the purple glitter background they have decided to use during the recap in the beginning of each episode? Here they are talking about the doom and gloom of Jin Hee's struggles and we are met with glitter. It's contradicting of some of the statements they make during that interlude. 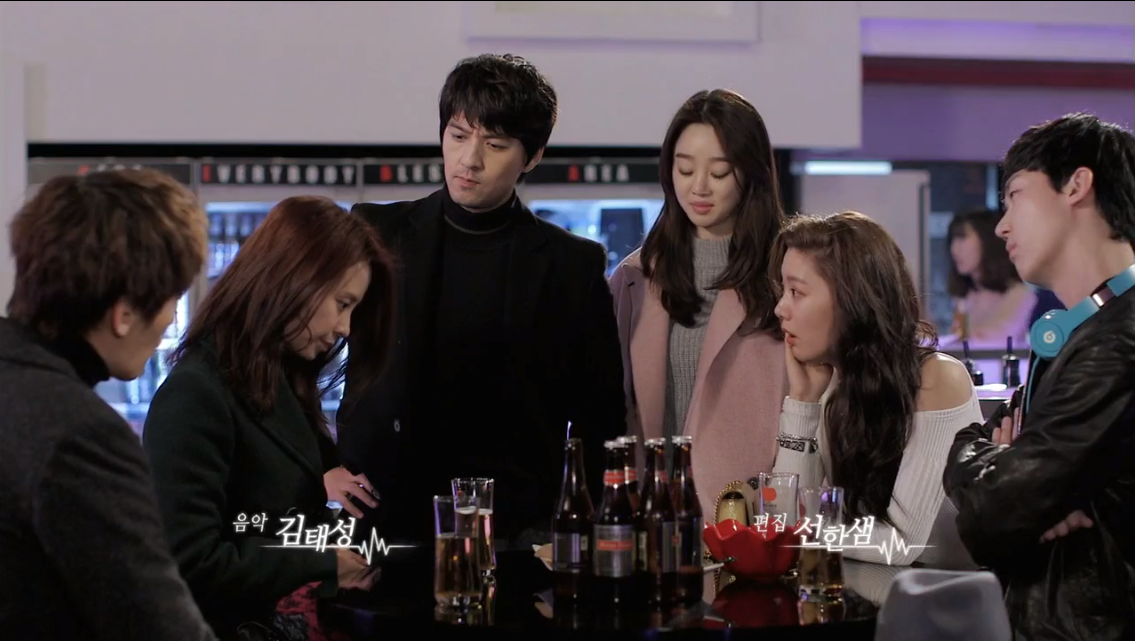 Anyway, back to the actual episode! Jin Hee face plants at the club while chasing her sister and is then surrounded by coworkers. I don't know if I could deal with that level of embarrassment. To make it worse, the owners are mad, all of them expect an explanation that she doesn't want to give, and she lies about it! Honestly. 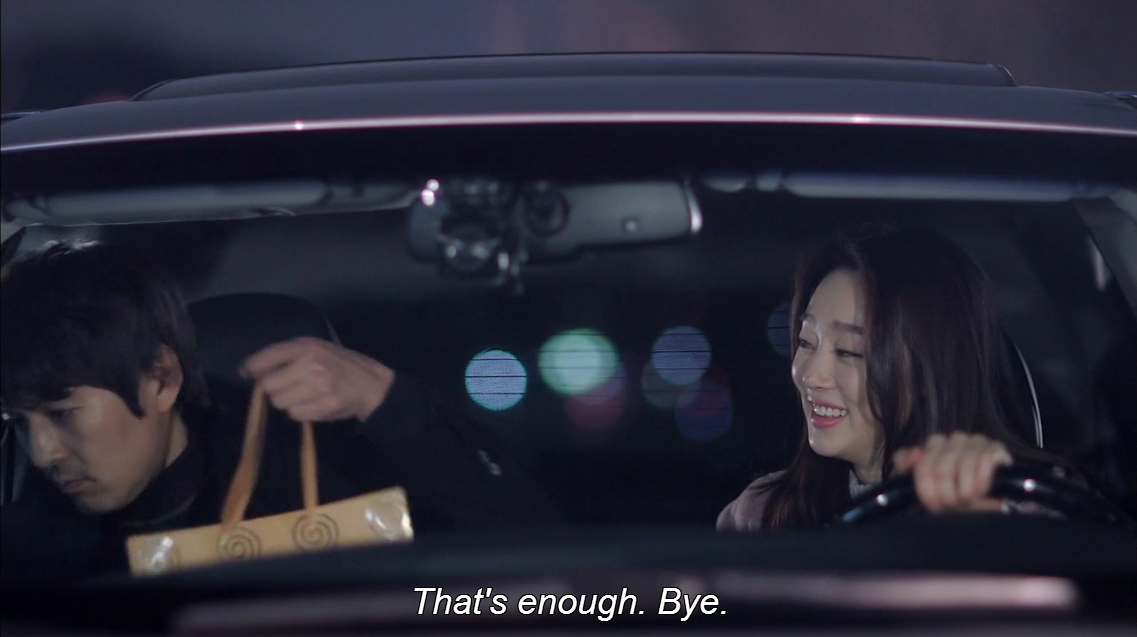 I enjoy the banter between Dr. Gook and Dr. Shim. They add a very real dynamic to the show that it would otherwise be lacking. It was especially funny when she makes fun of him for complaining about the homemade snacks and offers him a key to her place. He responds in an overly dramatic fashion on purpose because it is part of the joke between them.

I am intrigued by the eyes of suspicion that Ah Reum and Yong Kyu have when they notice that Chang Min is honestly concerned about the scratches that Jin Hee got during her fall. I could not stop laughing at the faces they were making... Each of them corners their respective counterparts. Ah Reum decides to question Jin Hee about the relationship between her and Chang Min, while Yong Gyu lets Chang Min vent about the tracheotomy situation. Bromance. 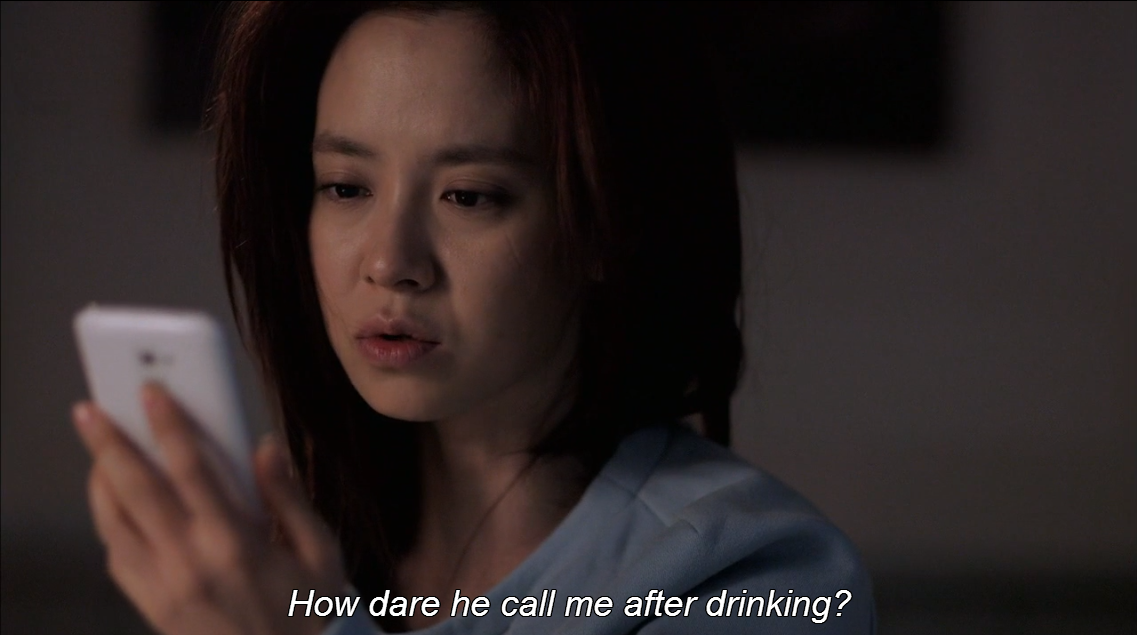 Chang Min decided to call Jin Hee while he's drunk. Drunk dialing is never a good idea people! Even though he was just expressing his thanks that Jin Hee saved his mom, it was a little pathetic that he needed to be drunk to do it. 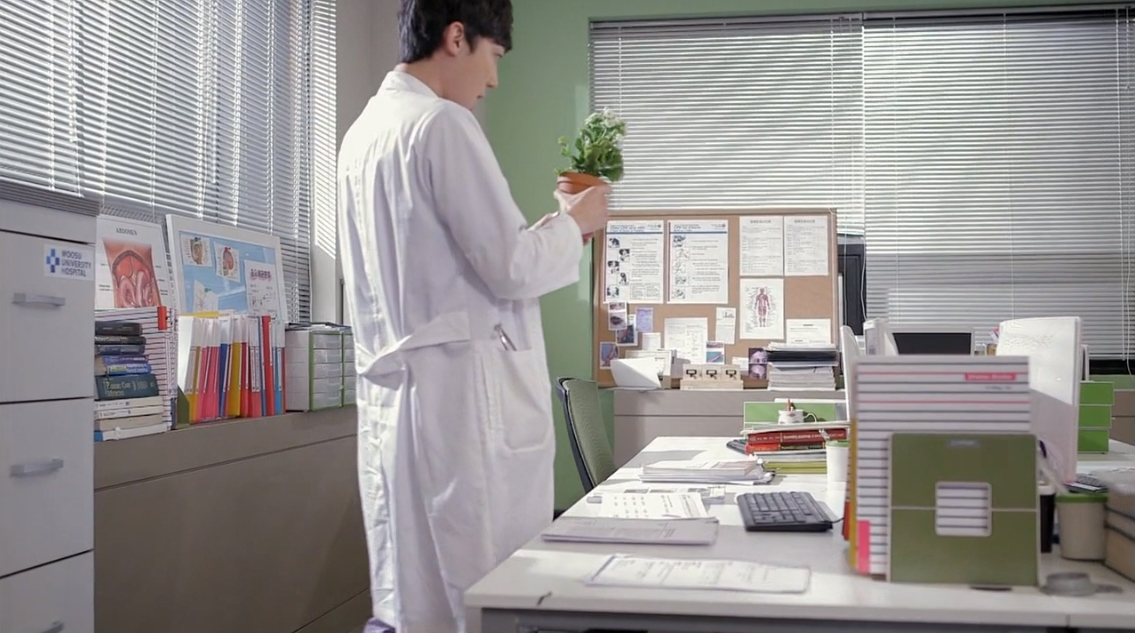 I think there is a lot more to Yong Kyu than we have had the opportunity to see. There seems to be an unspoken depth to his character that I hope will come out eventually. He is adorable while placing the pot and the ribbon on Ah Reum's desk for her to find later. He honestly seems to be the most sensible of all the interns, even if he does have his creeper moments like he did last week. 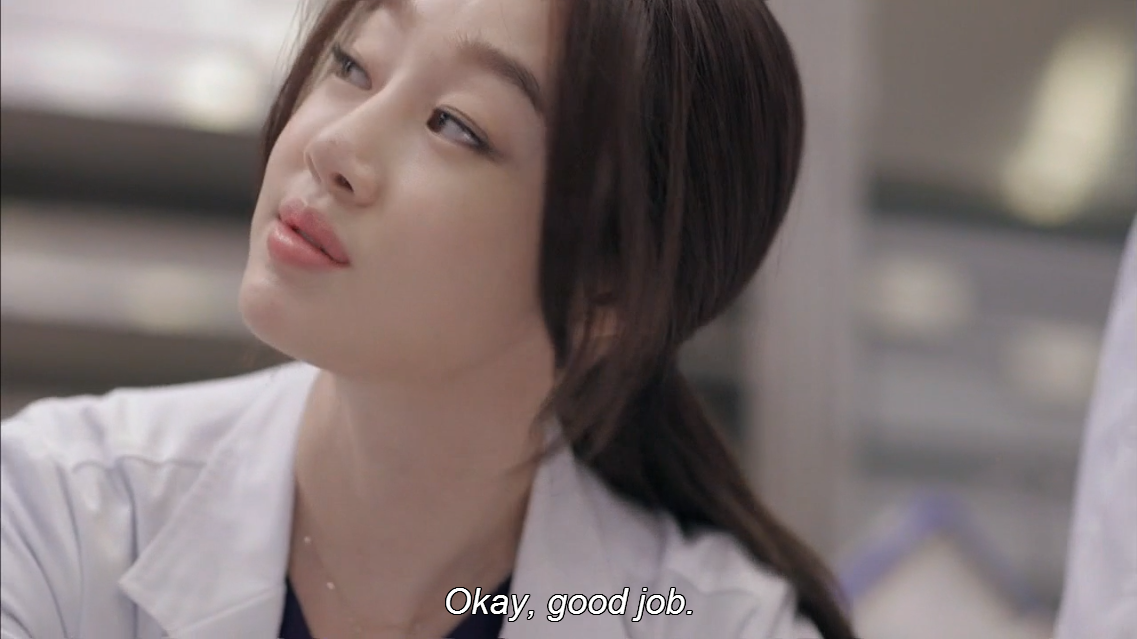 I am secretly enjoying the fact that Jin Hee is getting confirmation she's a good doctor. Even with the pending dismissal notice, she's still working hard to stay and learn all she can. I have come to appreciate the tenacity that they are giving her character after her slightly disappointing reason for wanting to become a doctor finally came out. Good for her for pushing against the odds. Sometimes the only way to succeed is to push yourself. 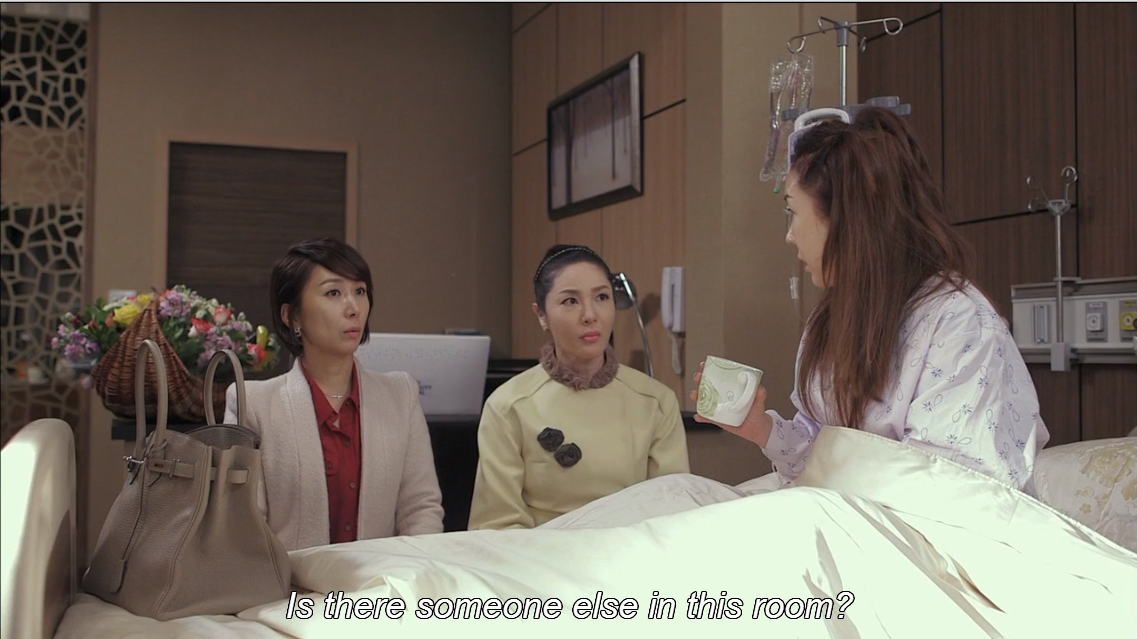 As funny as it was, purely because the faces the actresses made and Jin Hee's dance around the bathroom, I am a little blown away the writers decided to throw a fart joke into this episode. There was so much other good material they could have used for the comic relief and they blew it. Yes, farts are funny. We get it... but we're not in elementary school anymore. 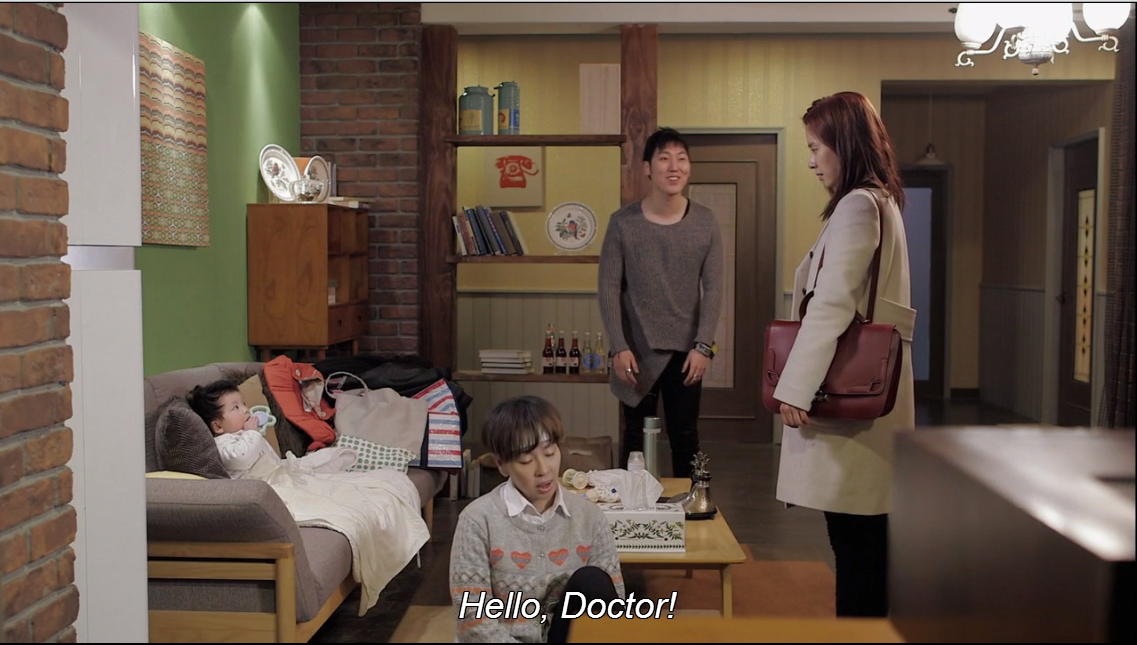 We were finally given some of the backstory of Jin Ae in the form of a man, Kim Gwang Soo, showing up at Jin Hee's house with a baby. Suddenly a lot of Jin Ae's actions made sense to me. She's ran away from her family because she didn't want to tell them about the baby, then decided that the baby was too much trouble and ran away from that responsibility. It definitely was not the right thing to do but if that is the only way you know how to cope, then you do what you know. Hopefully she steps up.

So what did you think of this week's episodes? Let me know or sent me a tweet! Don't forget to join us for Karen's take on this episode and our weekly wrap up.