This week Zombie Mamma and I talk about the excruciating romance that happened between Dr. Gook and Chang Min. Tanya has been zombified this week from hanging out with Zombie Mamma and Boyfriend, so she will take this week off to recover. 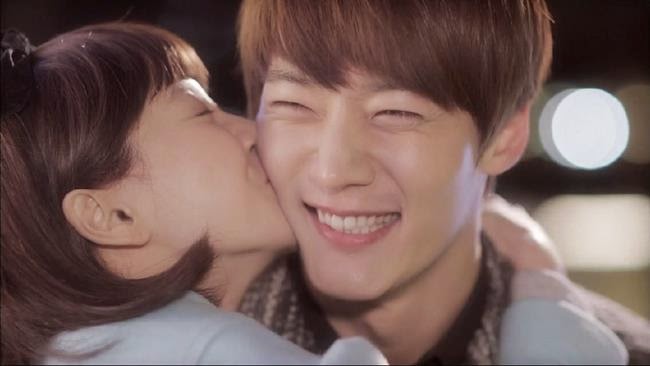 Zombie: Oh my word! The feels this week nearly killed me with an overwhelming abundance of feels! My poor heart could barely handle all of the flutters!

Karen: And all that advice! It’s enough to fill my head with so many thoughts about relationships!

Zombie: Dr. Shim is a very insightful person. She has a well-balanced perspective on life but she’s, surprisingly, not the only one. When Kim Kwang Soo started giving Jin Hee all of his advice on marriage, I was completely blown away. I had no idea he had so much depth to him! I’m really starting to like him! 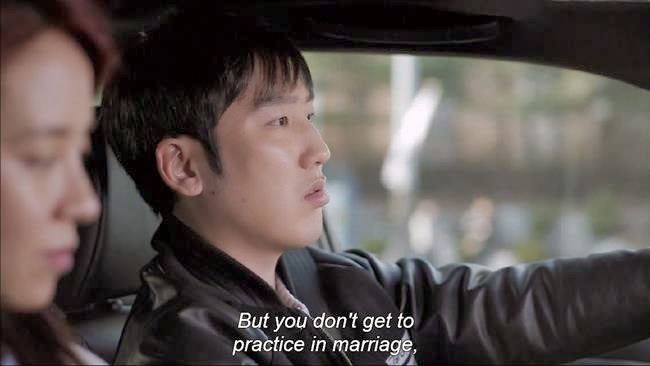 Karen: I was wondering where Kwang Soo got all of his wisdom from since I have never seen him fight with Jin Ae. Wisdom comes with experience.

Zombie: Maybe he’s just a deeper character than I first gave him credit for. I mean, initially, I thought he was such a flake but as this show is progressing, he’s continually surprising me with his genuine love for his family and the level head he’s got on his shoulders. I think Jin Ae really found a keeper! He seems to be the perfect balance for her. 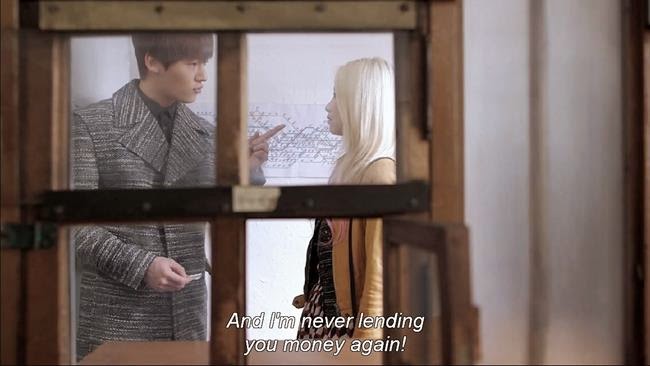 Zombie: I think it might not have been the best decision Jin Ae ever made, going to Chang Min for money but given the relationship between them, I wasn’t really appalled by her actions. They seem to have such a good relationship… As if it was never damaged by Chang Min and Jin Hee’s divorce. I have a feeling they’ll always be good friends. 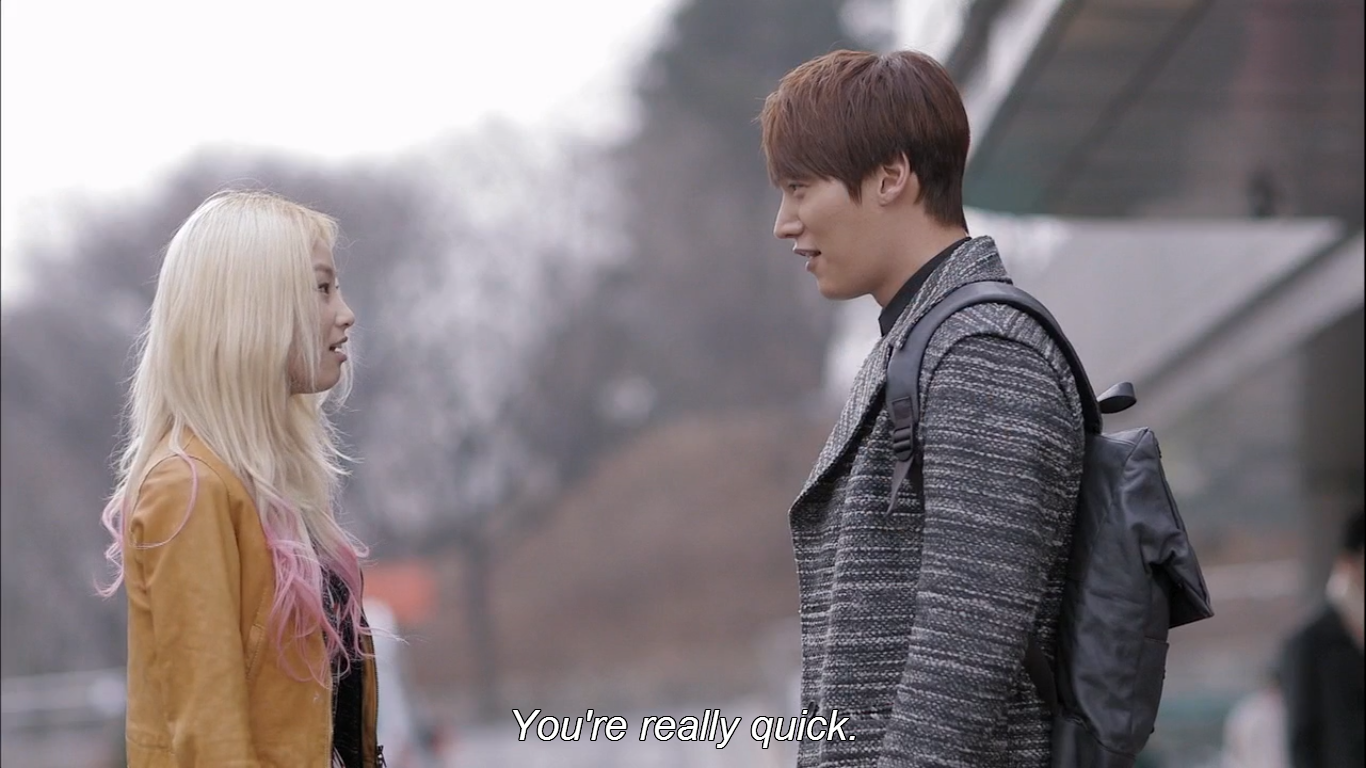 Karen: I would have loved to see what life was like before the divorce. At least Jin Ae respects Chang Min and doesn’t try to lie her way through a financial emergency. In turn, Chang Min also fesses up to taking Dr. Gook’s jacket and even admits that he is not as mature as Dr. Gook. I have to give Chang Min points for that as well. 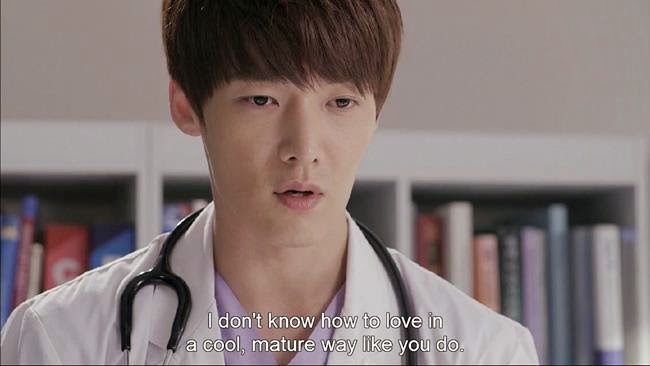 Zombie: I know, it seems like Chang Min is really growing up a lot, all of a sudden. I think he’s taking his feelings for Jin Hee a lot more seriously than he did the first time around because he wants to make sure he does things right this time around. He knows that if he screws anything up this time, he has no hope of ever getting Jin Hee back. Honestly, I’m not really sure how’s he’s even going to manage winning Jin Hee back at this moment. I know he’s trying, desperately at times (how else do you explain that kiss???) but are his efforts really going to be enough? I’m not so sure. Especially when Dr. Gook goes all adorably mushy on Jin Hee. Ugh! That ride home in the rain… Omo! I nearly died from Dr. Gook’s shy semi-confession. The way he answered both of her questions… Ack! I can’t even… SO STINKING CUTE!!! 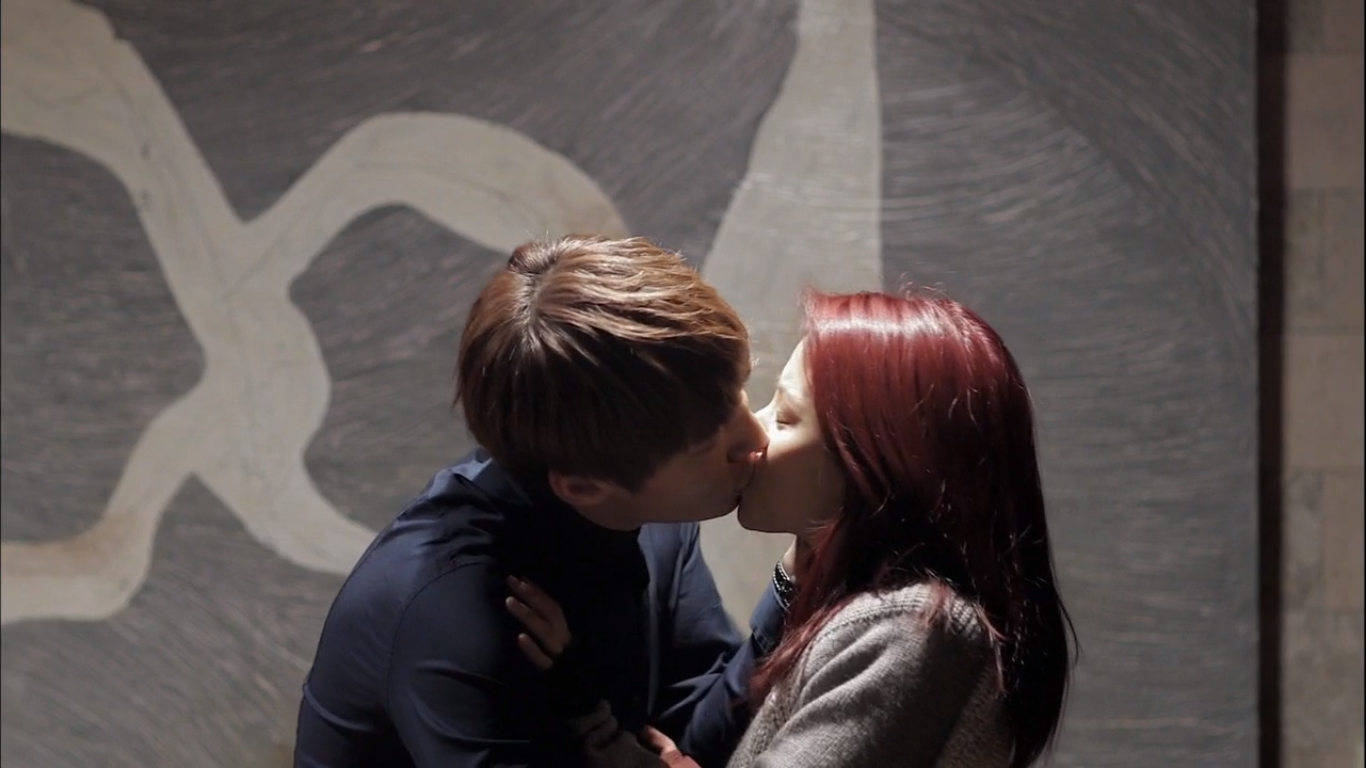 Karen: The way I see it, both men are coming on strong. I really like the fact that Dr. Gook has a chance to date Jin Hee, but I am also sad that all of Chang Min’s efforts seem wasted. Chang Min seems to have fallen into second-lead territory where usually the second-lead tries to rekindle a relationship with a main lead, but the main lead has already fallen in love with the other main lead. In the end, the second-lead man just has to bear it. I can’t even tell Chang Min to keep pursuing Jin Hee either because I feel like she needs her space at this moment and he might just annoy her too much. 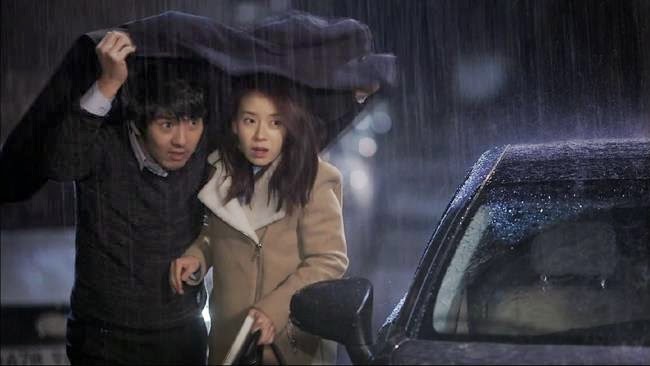 Zombie: And this is exactly where I’m torn! I can’t decide if I want to cheer for Chang Min or Dr. Gook. They’ve both managed to produce an excessive number of heart-palpitations on my end so I’m really dying. I usually cheer for the man who makes me swoon the most but in this case, there are two worthy (in their own way) candidates to win Jin Hee’s affections and I cannot, for the life of me, decide who would actually be better. They both have their good qualities but which one would be better for Jin Hee in the long-run? I honestly have no idea!

Zombie: I honestly don’t know how to feel about that. I want to cheer for Chang Min but at the same time, you’re totally right. There are a lot of things Chang Min is going to have to deal with in the very near future and I can see this going one of two ways… 1. Chang Min’s family trials are going to drive a wedge between him and Jin Hee and they will part ways as friends or 2. Chang Min’s family trials are going to be the glue that sticks him and Jin Hee together for all of eternity. At this point, I’m not sure where this is headed but those are the two ways I see this going. 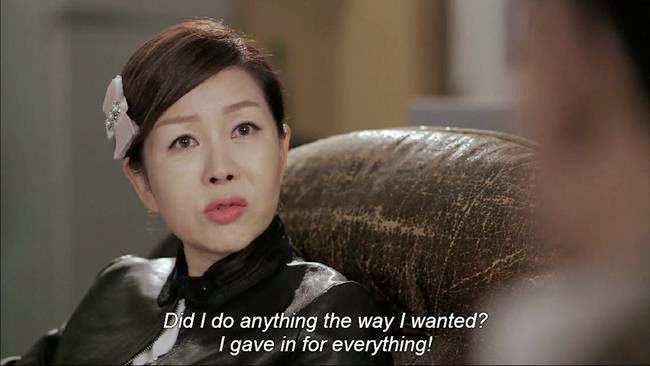 Karen: I think these scenarios all depend on Chang Min’s mother. Until she accepts the fact that she cannot control her son and that her son deserves to be happy, the entire family will be in shambles. In a way, she is a necessary person in keeping the family together. She has the ability to stop her divorce with Chang Min’s father and she has the ability to bless her son’s relationship with Jin Hee.

Zombie: Is it wrong to say I wish she were the one with the terminal health problem? It seems to me everyone’s life would a whole lot simpler with her out of the way.

Karen: Well, Sung Sook did almost die, but Jin Hee saved her. I hope to see a happy ending though. I’m not sure how that’s going to happen unless Jin Hee saved Oh Tae Suk and Chang Min’s life as well.

Zombie: That’s probably going to be the only way Chang Min’s mother will ever accept Jin Hee and even then… I’m not so sure… In that respect, Jin Hee would be much better off with Dr. Gook. Who needs that kind of crazy in their life? 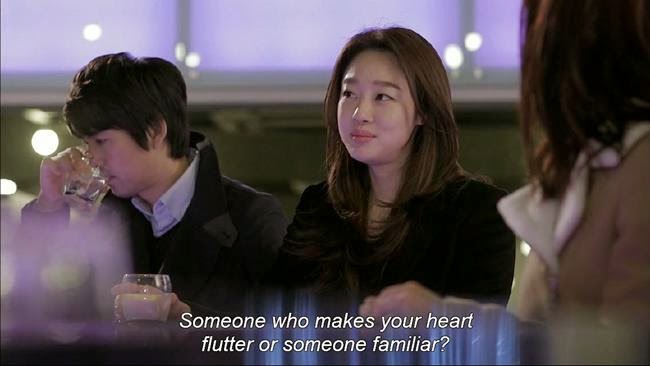 Karen: Dr. Gook seems to have a boring and predictable life. Work. Drink. Sleep? If Jin Hee dated him, I wonder if she would die of boredom or will Dr. Gook change as a result of dating again? He didn’t seem to change much when he was dating Dr. Shim (even though Dr. Shim made him participate in side activities). Furthermore, Dr. Gook wouldn’t even take the plunge into marrying Dr. Shim. Will Dr. Gook eventually reach a dead end with Jin Hee as well?

Zombie: Again, this is why I’m torn. I can see things going well for Jin Hee if she chose Chang Min or Dr. Gook but at the same time, I could see them not working out, in the long-run, either. Both men have their good points and their not-so-good points which is why I’m having the hardest time trying to decide which one I’m going to cheer for the most. I can’t, for the life of me, figure out who would be the better fit for Jin Hee and it’s driving me absolutely crazy! On top of that, both men are making my heart flutter like a butterfly on speed which is making watching this drama an excruciatingly painful experience in some ways and completely delightful in others. I can’t decide if the overabundance of feels is a good thing or if eventually my poor heart is just going to explode… 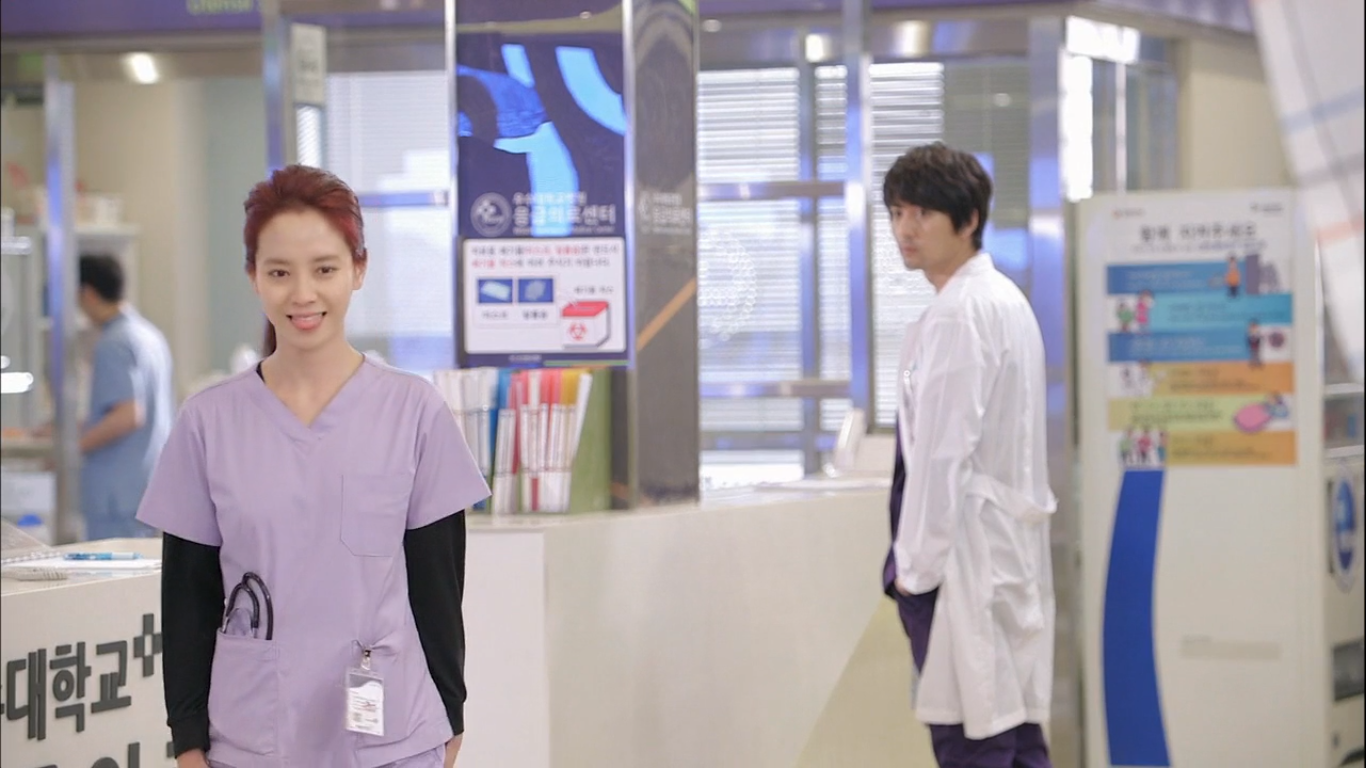 Karen: More episodes will cure this feeling. I’m sure it will become clearer next week!

Zombie: I’m really hoping so… I’m not sure how much more of this exquisite torture I can take! It’s not every day you have a drama with two worthy men making your heart go pitter-patter. Usually one out-shines the other but not this time!

Karen: I know, though I have my pick! Usually, I fall for Dr. Gook every week, but Chang Min has got my heart this week. The drama has a completely different vibe from the beginning of the story. It’s all up to Jin Hee to decide which is the best path for her now.

So which way would you like to see this drama go? Which adorable gentleman, do you think, will ultimately win Jin Hee’s heart? We’d love to know what you think so be sure to leave us a comment below!