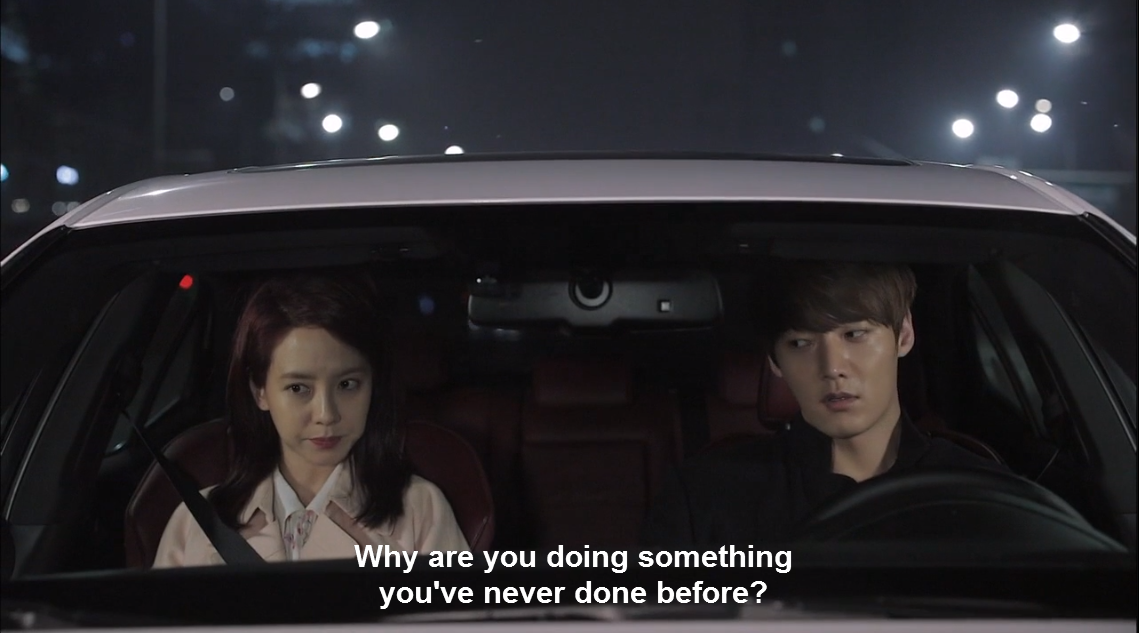 Slowly, progress is being made in Emergency Couple as we are winding down to our last two weeks. I am glad that Jin Hee finally got a clue that she hasn't completely moved away from Chang Min even after all of these years. I don't understand why it took her seeing her old wedding ring to suddenly bring these feelings back, but I guess something had to be the trigger. While we are talking about feelings here, I understand Chang Min has come to an a good place, the girl you have been chasing after says she likes you. Stop pushing her away! You may want to think that you are doing the right thing, but you are also making it harder on yourself.

Ah Reum meets with Chang Min while headed into the hospital and lets him know that she has finally decided to stop pursuing him. It is a very great step and you could see the relief wash across Chang Min's face after her announcement. 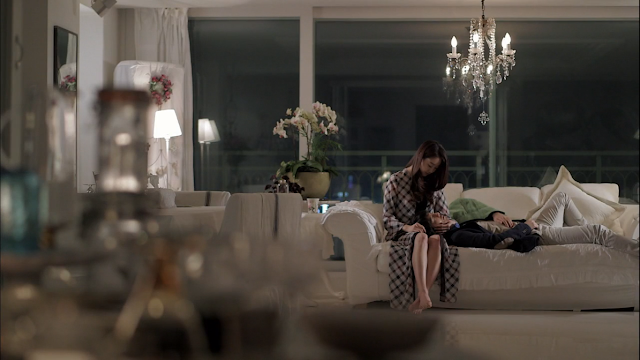 Dr. Gook tries to tell Chang Min that Jin Hee is not interested in him, meaning Dr. Gook, at he witnesses her run to Chang Min when he became ill. You can see the sadness in Dr. Gook's face, but at the same time this is also that man that doesn't want to get married. He also made progress in the parents department by sending a postcard off to that last place he knew he father lived. Now, if only he would realize that he really does belong with Dr. Shim. 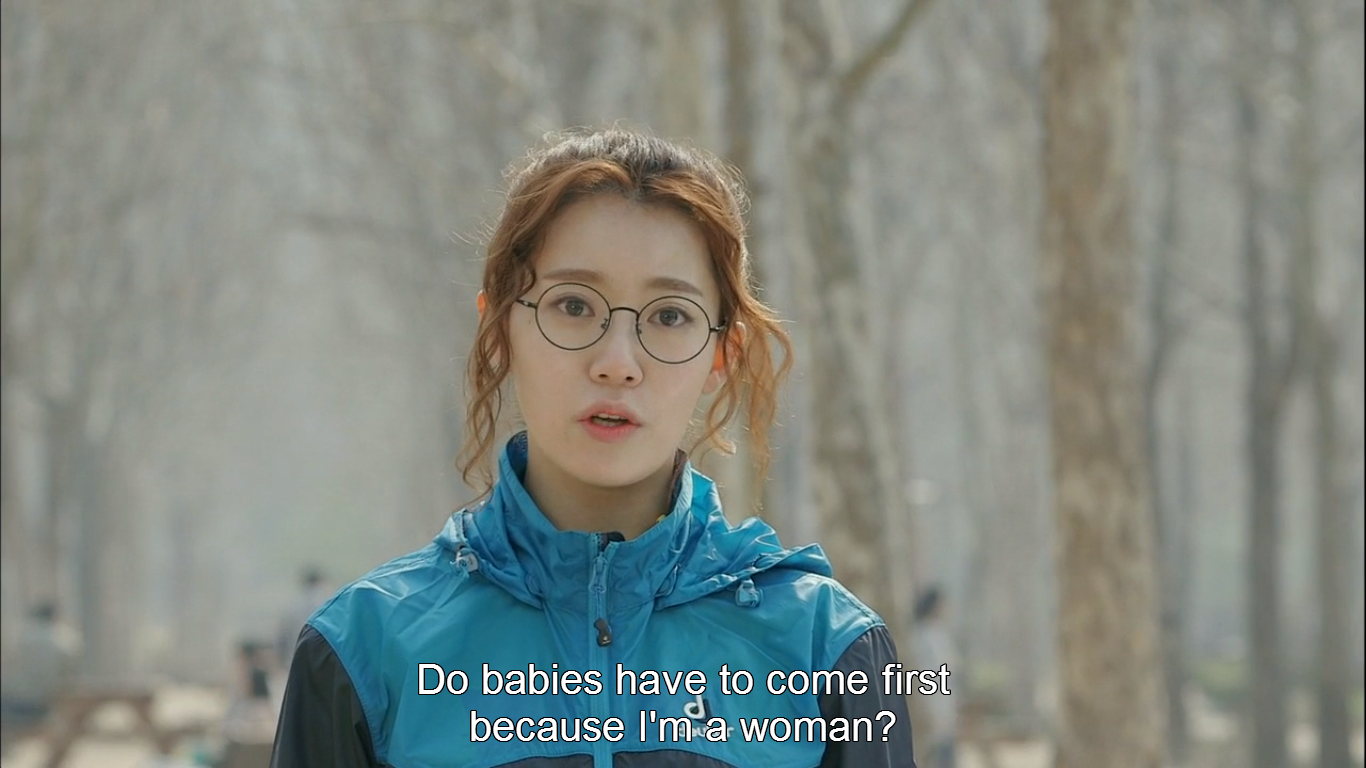 One point for working women this week, by the way. I have the utmost respect for Young Ae for standing up for herself after the false pregnancy situation. She is completely right in stating that women should not be defined by their ability to give birth to children. If she wants to build her career first, let her! 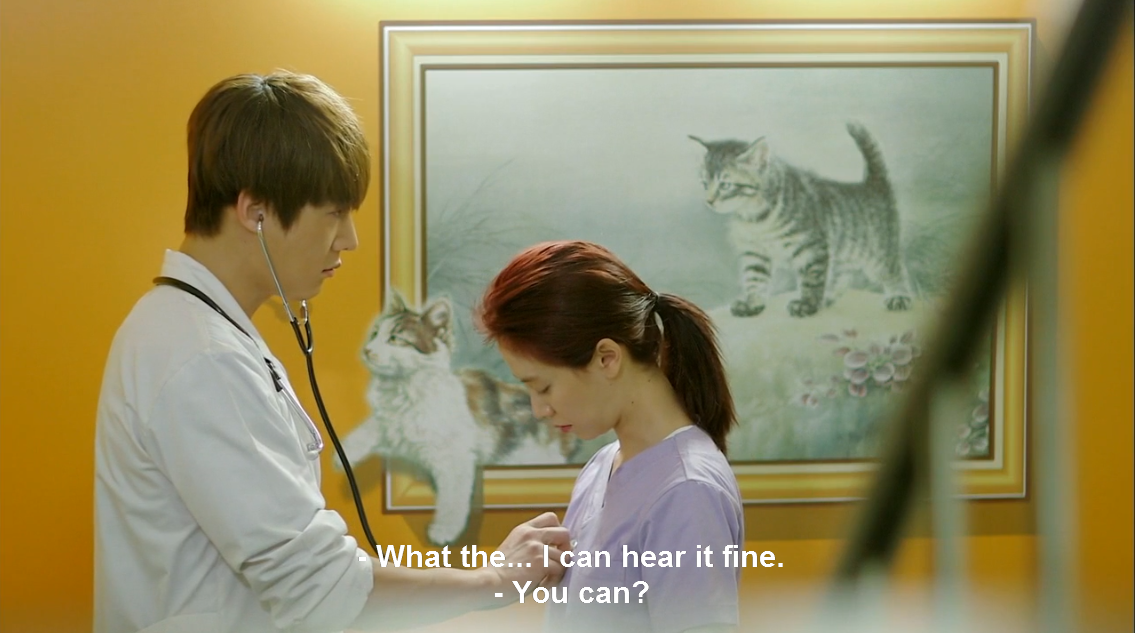 Chang Min and Jin Hee have a lot of fun interactions during Episode 19 as they both try to gain the affections of the other. At one point Chang Min even places this stethoscope on Jin Hee's breasts, which is a risky move for a k-drama, but it was completely hilarious. Jin Hee tries to dress up "sexy" and that also backfires completely.

Chang Min's mother, Sung Sook, seems to be turning over a new leaf after the passing of her husband. During an emotional conversation, she actually just wishes Chang Min happiness. And that's how it should be honestly. No parent should be so self-important that they make their children suffer. 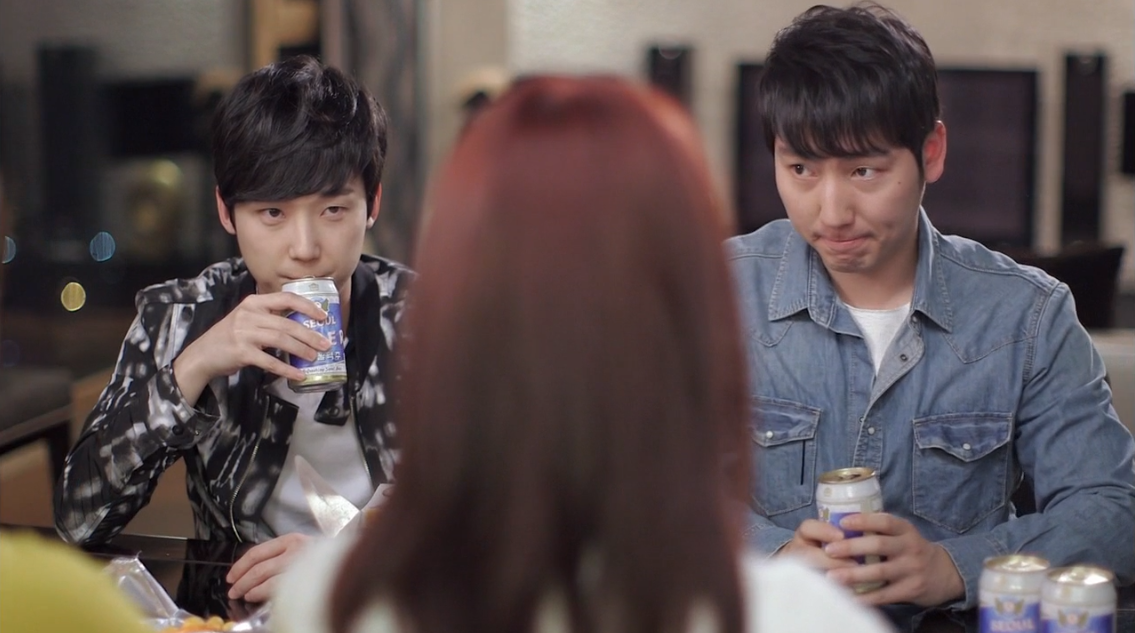 Lastly, let's talk about Yong Kyu. I admire this kid. He's finally decided that he wants to do what he loves instead of what is expected of him. That is always a step in the right direction! Even Jin Hee encourages him by telling him it's never too late to have a new beginning. I do have to say though... his creeper stare at Jin Hee wearing a men's shirt at the beginning of this scene was a little too much. I get having interest in whatever situation is happening but not wanting to ask about it. Don't stare!

Where do we go from here? Next week is our last week together, at least with Emergency Couple! Will Chang Min and Jin Hee end up together? What will happen between Dr. Shim and Dr. Gook? How about the rest of our couples? Join Karen tomorrow for her take, and then again on Thursday for our group discussion!