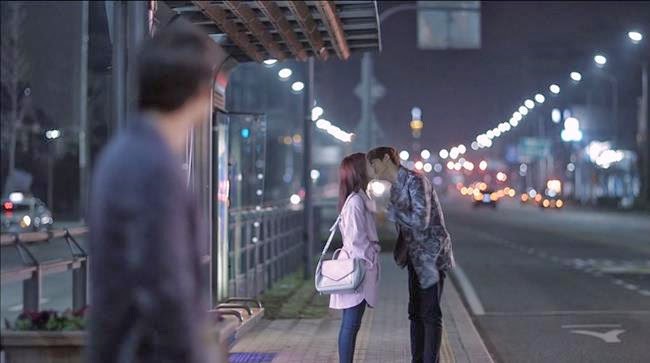 Emergency Couple has officially ended. What will I watch now? The ending was nice, but the story still left me scratching my head. My name is Karen and it has been a pleasure for me to write Emergency Couple Hallyu Zombie reviews with my partners, Zombie Mamma and Tanya. Over the course of eleven weeks, we have experienced the ups and downs of our Emergency Couple couples so I would like to give my final thoughts on each couple. 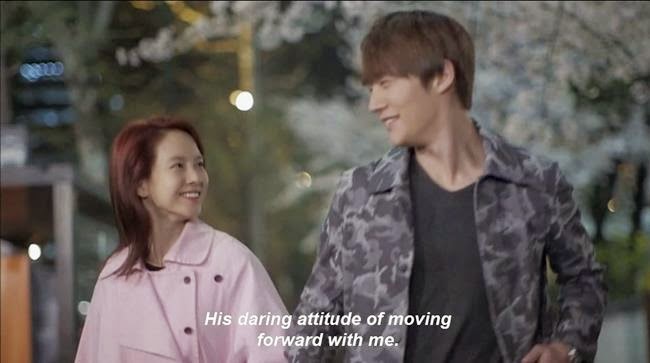 I almost got what I expected with this couple. What I didn't expect was the overabundance of kisses in the last two episodes and Jin Hee's striptease in front of Chang Min. I loved that this couple decided to date each other again, but take it slowly. Realistically, this is the right thing to do, but I was really hoping to see another wedding scene and to see actor Yoon Joo Sang cameo as the officiant once again. 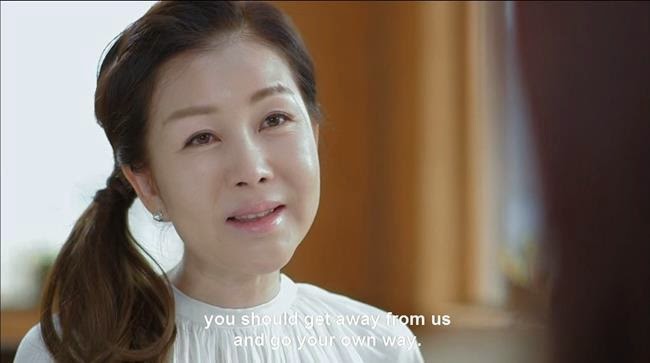 I was a bit confused about Oh Chang Min's mother, Yoon Sung Sook's (Park Joon Geum) words to Jin Hee. It seems as though she is telling Jin Hee to live her own life and find another guy and if Jin Hee and Chang Min decide to marry one day, Sung Sook does not want to be in their lives. However, Jin Hee and everybody else interpreted those words to mean that Sang Sook will not interfere with Chang Min and Jin Hee's relationship and the two lovebirds can do whatever they want. Either way, I think Sung Sook will eventually accept the couple into her life. 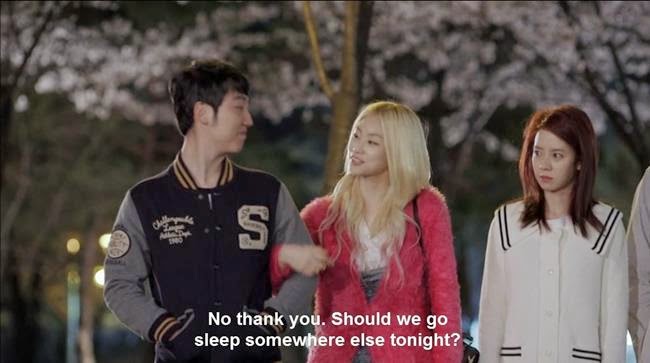 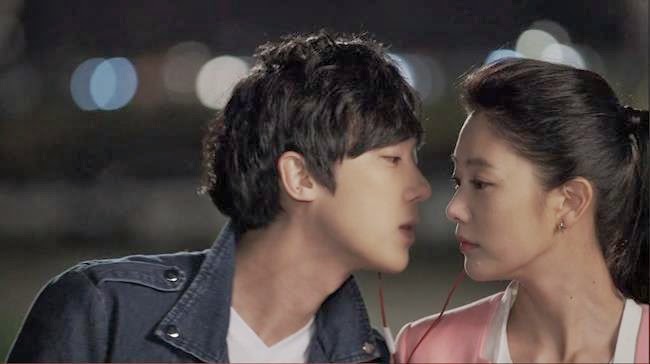 This couple really makes me scratch my head. I guess Yong Kyu is pursuing a songwriting career since Ah Reum asked him to write her a song. Honestly, I'm still weary of Yong Kyu suddenly changing his career. His story doesn't change the overall story line that much and I wonder if it's necessary for him to have a career change of heart. Yong Kyu and Ah Reum's relationship might have started since their musical kiss in the park, but Yong Kyu is going to study abroad just like every other drama character. Ah Reum seems to be okay with it, but I can't guarantee if this couple will last with a long distance relationship. 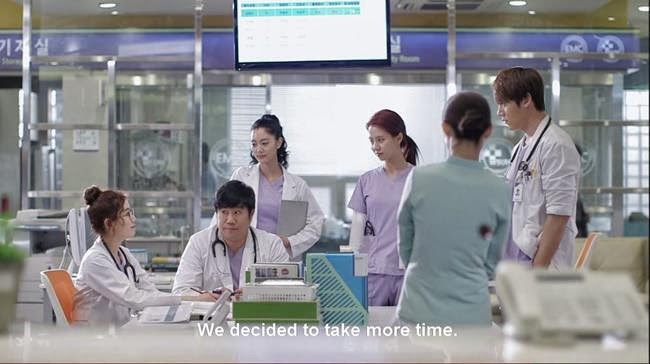 I really expected happy endings with every couple, but I guess not everybody gets an absolute happy ending. As Zombie Mamma mentioned in her post, we watched Sang Hyuk and Young Ae go from a super lovey-dovey couple to a couple that is on the brink of divorce. I really hope that this couple does not break up over a small misunderstanding as Chang Min and Jin Hee did, but it is realistic that Sang Hyuk and Young Ae do not get an absolute happy ending. They are trying to make things work again and I hope they succeed. 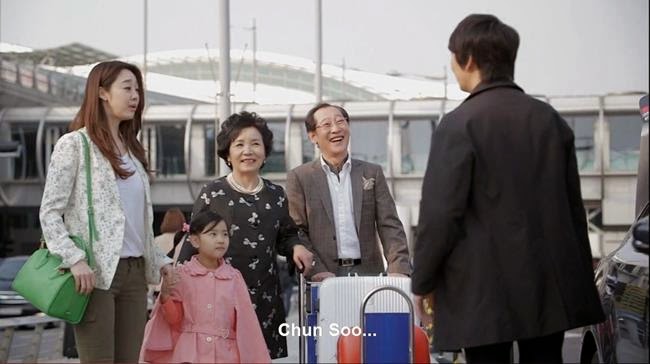 I saved this couple for last because they are the most complicated couple. All along, Dr. Gook had been giving me mixed signals as to who he really likes: Jin Hee or Dr. Shim. It's a mystery to me how Dr. Gook can confess his feelings to Jin Hee, but like Dr. Shim at the same time. Dr. Gook is lucky that Dr. Shim has not been taken away by another man throughout the drama. By the end of the drama, it seems as though Dr. Gook is mildly asking Dr. Shim to come back. We can only assume that this couple will start a relationship after the drama ends. I still think it's dangerous because Dr. Shim can always meet another guy in the United States, but hopefully, not another jerk. 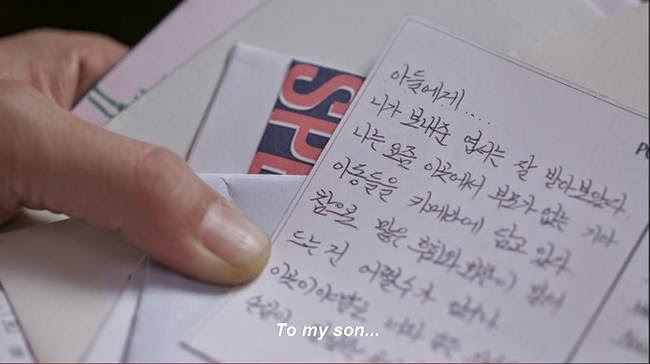 It's nice to see that Dr. Gook received a postcard back from his biological father. Dr. Gook doesn't seem to have any intentions to meet his father or work in Africa though. I suppose everything is a new beginning. 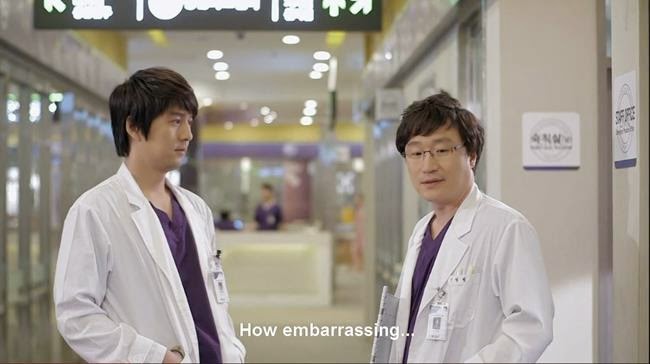 Even Dr. Ahn was mildly embarrassed at the hospital when he refused to perform dangerous surgery on a patient whose family was not available in time to sign the consent form so he ended up backing off on ruining Dr. Gook and Dr. Shim's career. There are no evil people in this drama and only dying patients. 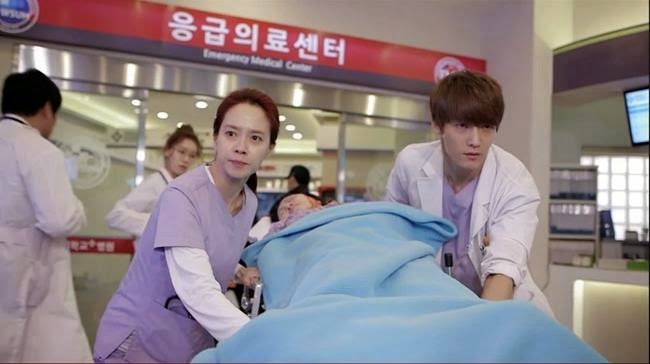 Dr. Shim claims that she worked at the Wusu hospital for a year,  but in the drama, she came back to the hospital after the new interns started working at the ER. That would mean that the interns worked at the ER for more than the two months that they were assigned at the beginning of the drama. Or is it possible that the interns had already visited the other departments and ended up back in the ER department after all this time? I was trying to be logical about how an intern spends his or her time at the hospital. I guess all the interns made rounds in other departments already because how else are Chang Min and Jin Hee able to pick their specialty without experiencing the other departments? 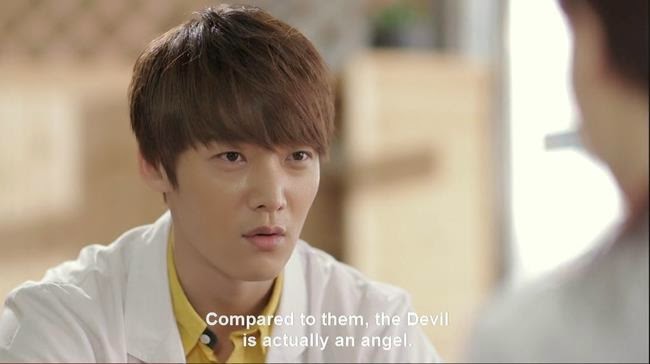 Lastly, Dr. Gook's nickname of being the "Devil" was only mentioned near the beginning of the drama and once again at the end of the drama. Honestly, the only time I thought he was harsh was when he tried to fire Jin Hee on her first day on the job. Otherwise, this goofy-looking man is very sweet and thoughtful to others. He would protect his team until the very end. I can only say that the awesome Dr. Gook is misunderstood.

It is with a heavy heart that I say farewell to this drama and its characters. Despite all the critical comments I made about this drama, the drama is still interesting enough for me to come back and watch the next episode. Emergency Couple has an addicting factor that many viewers will enjoy. For those who have not seen this romantic drama yet, now is a good time to start watching Emergency Couple. Coming up next: Please come back soon to read our last collaborative chat with Zombie Mamma, Tanya, and me. 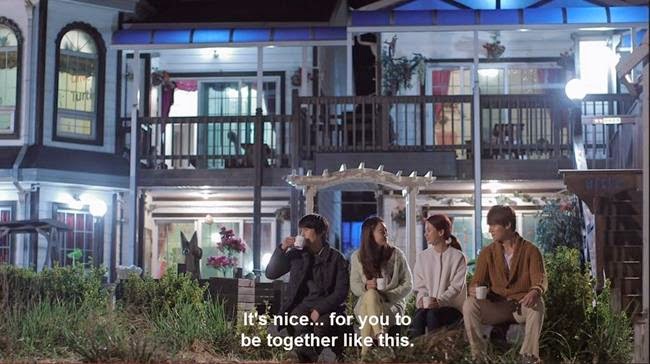