Zombie: Can you believe it? The end of Emergency Couple has finally come… *sniff sniff* Yes, I’m holding back my tears… but honestly, it’s not because this drama has ended, it’s more “I don’t want to say goodbye to my lovely friends!” 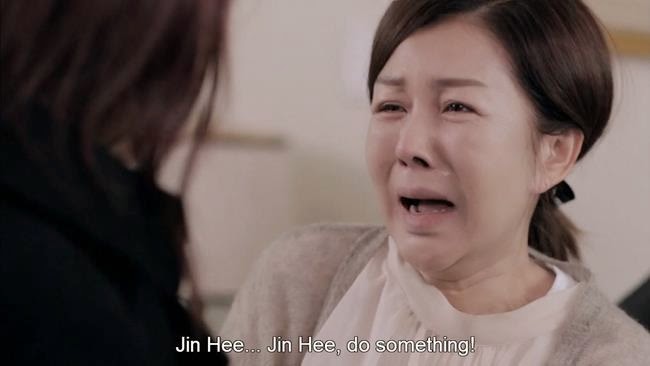 Karen: Me too! I am really going to miss this drama because I’ve grown attached to a lot of the characters. What will I do now? There’s an empty void in my life.

Tanya: I’m in the world of both. The story was okay…. but talking with you guys was the best!

Zombie: So what did you think of this ending? Were you happy with the way things turned out or would you have liked to see things turn out differently?

Tanya: It was satisfactory. I mean, we got enough for it to be a conclusion without forever wondering what’s going to be happening in the immediate future, unlike a certain drama we shall not name. 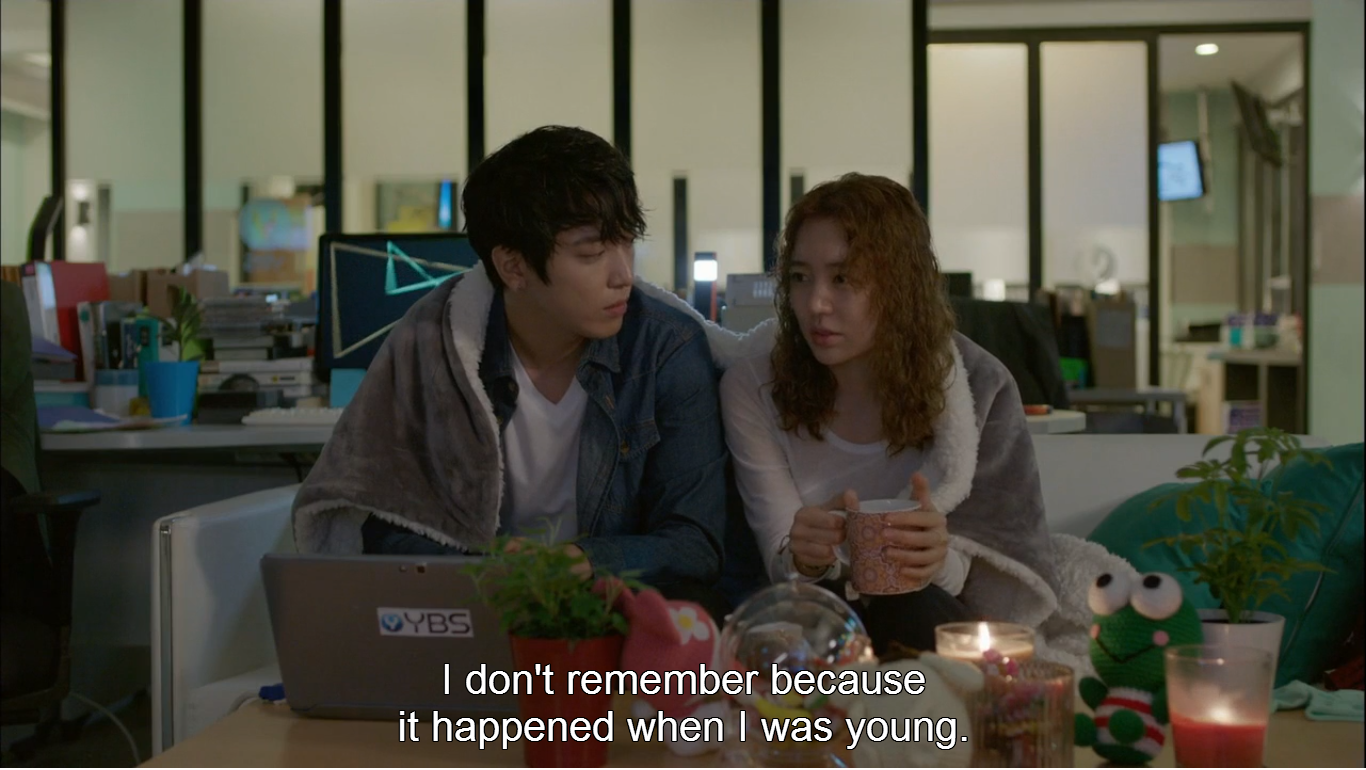 Karen: ...which I shall not finish. Anyway, the Emergency Couple ending was more or less unexpected for me. I expected a happier ending than the one we saw, but I suppose a realistic ending is also okay.

Tanya: They would have either needed to go completely off the deep end into unrealistic or fast forward through a lot of time in the last five minutes to give us all happy endings. It was good enough. 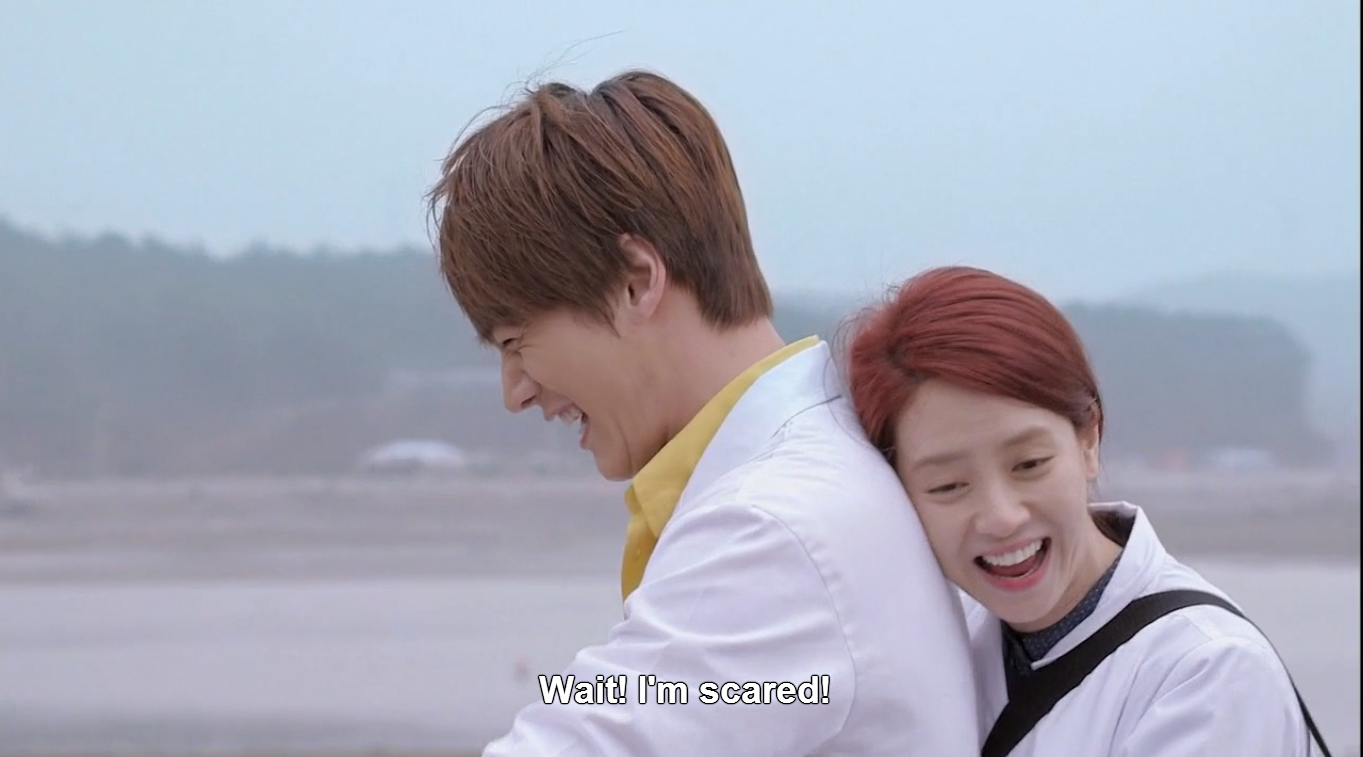 Zombie: I thought it was fairly predictable but not unenjoyable. I actually liked where Chang Min and Jin Hee ended up by the end, they’re in the right place to heal old wounds and move on. I was pretty indifferent about everyone else… I guess I would have liked to see Drs. Gook and Shim progress a bit farther than they did but other than that, I’ve got no qualms with this show. I’m happy it ended better than it began!

Karen: I remember that I used to hate Chang Min from the beginning because he was such a jerk towards Jin Hee. Now, I feel genuinely happy that Chang Min and Jin Hee were able to continue their relationship. I just wish I could have seen their real wedding with all their relatives attending. I want to see another fight where they actually resolve their differences instead in their post-marriage life. As for the other characters, I wish Yong Kyu didn’t have to suddenly leave the country and I’m really confused about how Dr. Gook feels about Dr. Shim.

Zombie: I’m pretty sure Dr. Gook is beginning to realize just how important Dr. Shim is to him and I choose to interpret his request to her, at the airport, to come back, as his admitting that he still has feelings for her and he’d like the chance to start over.

Tanya: He’s speaking Drgookinese for “Woman, come back!” That’s pretty much all we’re going to get from his awkwardness, but it’s good enough. Dr. Shim recognized it.

Zombie: And that’s all that matters. You’re right about Yong Kyu though. He finally gets Ah Reum to fall for him and then he has to up and leave? What’s the deal with that? Why do drama writers always feel the need to separate characters in love for ridiculously long periods of time? I guess I should just be happy it’s not Jin Hee and Chang Min, right? 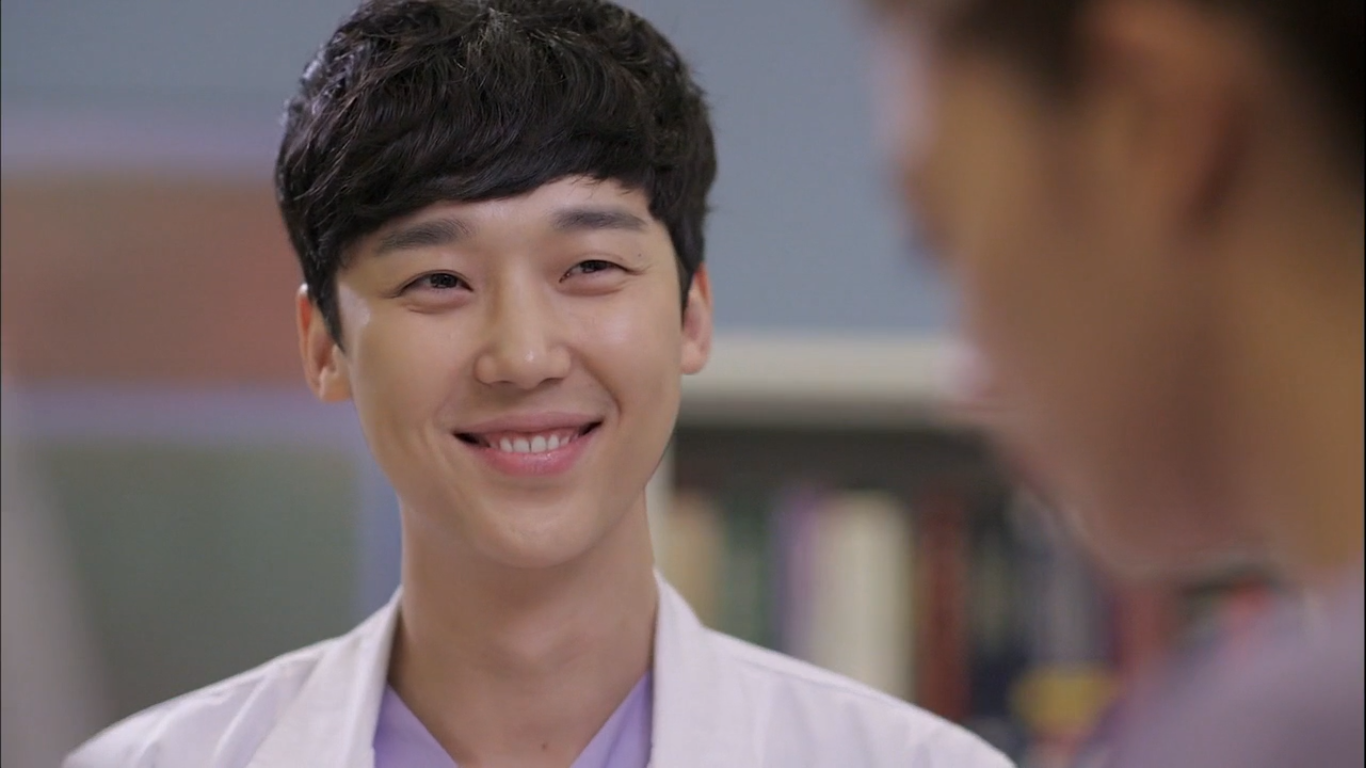 Karen: Exactly! That makes no sense. And what is so special about studying abroad or even working abroad? Well, music is everywhere and I don’t see why Yong Kyu has to go so far away. Even Kim Kwang Soo and Oh Jin Ae didn’t go anywhere (but maybe it is because they are financially poor.)

Zombie: Maybe Yong Kyu was suddenly recruited to join an idol band and he’s got to go away because they’re doing a world tour! lol

Karen: Most songwriters don’t need to go study abroad. If Yong Kyu is a songwriter, he can basically write songs and lyrics from anywhere. I’m just saying that Han Ah Reum might find another boyfriend in the meantime especially when she is so popular with the guys.

Zombie: If she did, I wouldn’t be too upset about it. There’s still a part of me that thinks Yong Kyu could do better. I mean it wasn’t that long ago we were all wishing she’d drop off the face of the planet. I maybe have softened my feelings towards her a bit but that doesn’t mean I’m super jazzed about her and Yong Kyu getting together. I’d be fine if they both went their separate ways in the future.

Tanya: I think he could do better, but at the same time maybe he sees something we don’t… like her connections? Lol. 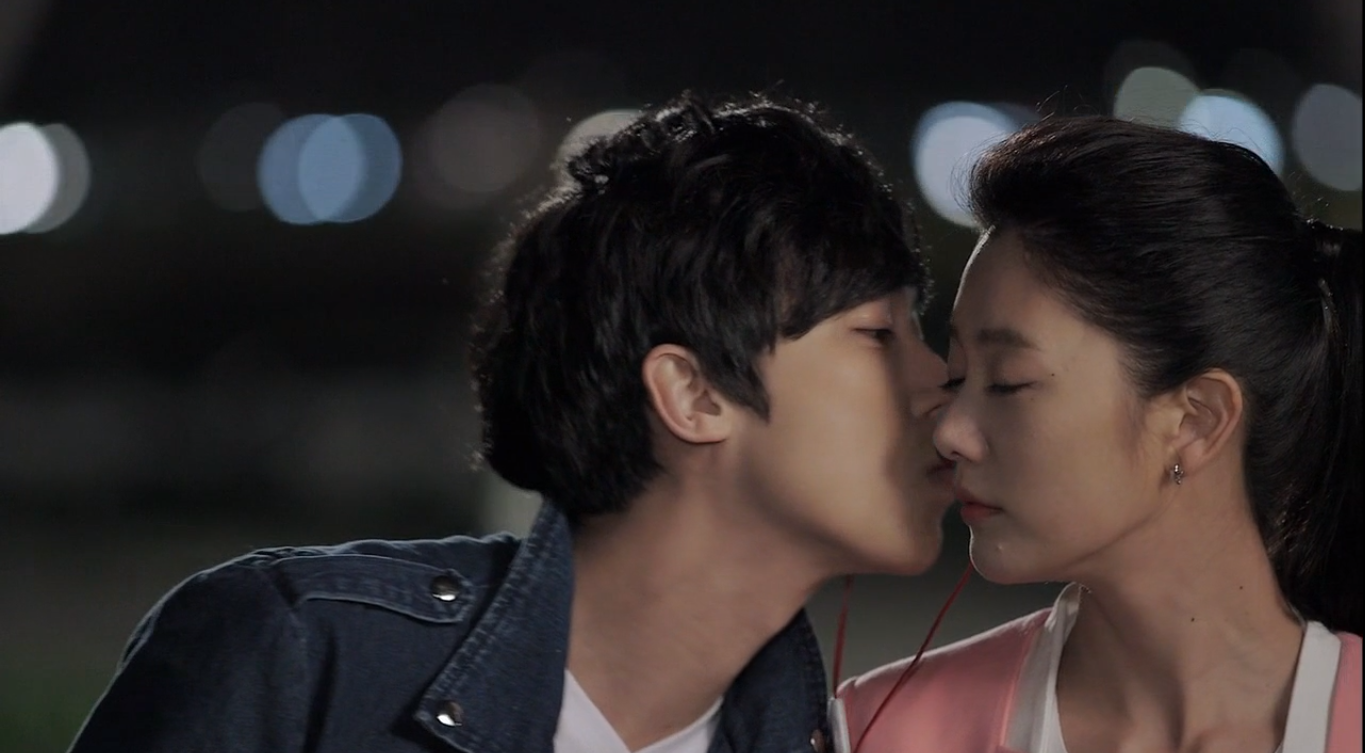 Zombie: I’d like to think Yong Kyu is above that but I guess you never know… You know, I’d really like to know what happens to Jin Ae and her family. Does she ever get a solid gig? Do they ever move out of her mom’s house or do they stay there forever? If they stay, will Jin Hee move out? (and in with Chang Min maybe?) There are a lot of questions that never got answered.

Karen: We’ll never know. Jin Ae and Kwang Soo are such fickle people. One day they are homeless and jobless, the next day they are able to get jobs. I think Jin Hee needs to eventually move out of the house because she doesn’t even have her own bedroom anymore. Meanwhile, Chang Min has the most awesome apartments though.

Zombie: He does have a really great apartment! I wouldn’t mind living there if I were Jin Hee!

Tanya: I kind of think that the living apart without any commitments while they try to figure things out for sure is a good thing. They really don’t need to go through the pressure of marriage again right now with where they are in life career-wise. And props to the moms for finally being understanding that they are adults and they are going to do what they are going to do. Just let them deal with it and take care of your own.

Karen: It’s sad that it took a person’s death to make Sung Sook realize the reality of the situation. The divorce was also sad. I wish it didn’t have to get to that extreme, but otherwise, we might not have come this far that quickly.

Tanya:  It’s always sad when life has to dish out a reminder to someone that they’re an adult and should start acting like one. It shouldn't take something like that to make you into a decent human being. 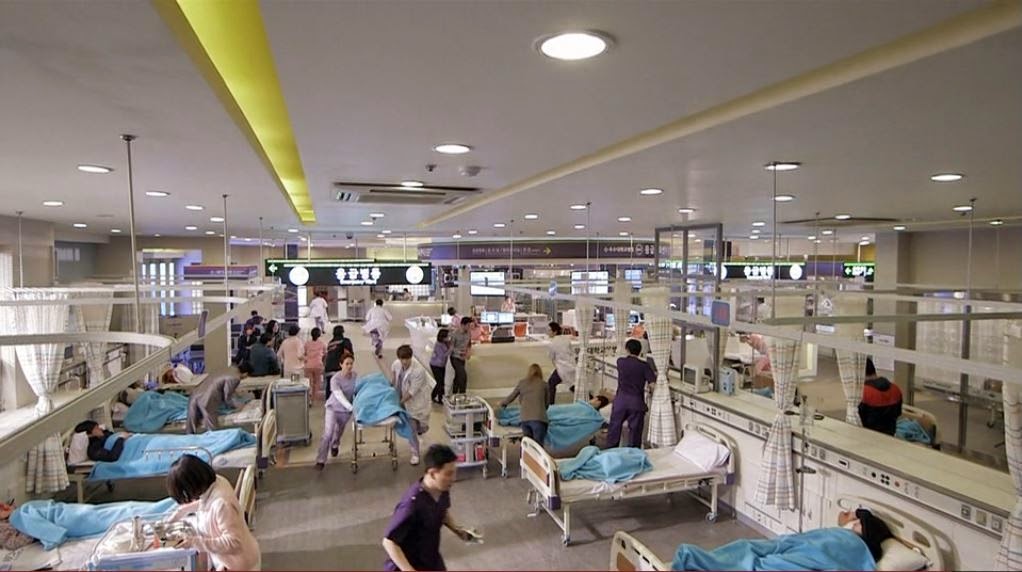 Zombie: Word! Now, with this being the last of our chats, it’s time for us to come up with a rating for Emergency Couple so what are your thoughts? Out of five zombies, how many would you give this drama?

Tanya: I’m going with 3 zombies. It wasn’t a horrible show, but it wasn’t very cohesive at times. There were a lot of stories that went unfinished on the medical side. The storyline also jumped around a bit. Watchable, but could be better.

Karen: I concur because the storyline was a bit strange, there was little to no follow-up on patient story lines, and some of the plot simply didn’t make sense to me. Despite all these complaints, I still enjoyed watching the drama for what it is: a simple love story.

Zombie: I’m with both of you on this one, Emergency Couple started out a bit rough but it grew on me as the story progressed so I too have to give this drama three zombies.

And there you have it folks, the end of our Emergency Couple drama review. It’s been a ton of fun discussing this drama with all of you and I hope you come back for our next Hallyu Zombie Drama Review. In the meantime, you can leave all your thoughts on the finale of Emergency Couple in the comments below!