I regret to post my weekly Wehaiyo! Drive so late this week. With a death in the family, it was a difficult week for me. Professionally, I had a lot to catch up on this week, so I will make a shorter post. 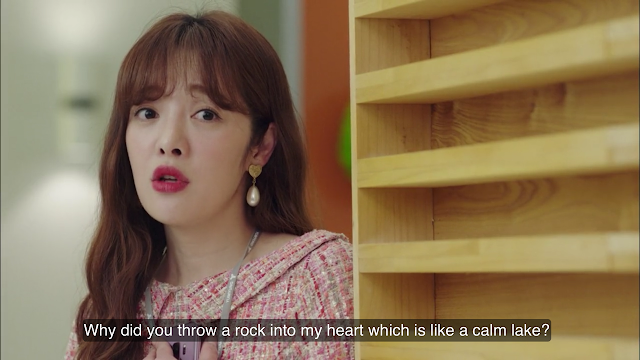 Watch it on: Dramafever or Viki

A week ago, I started this new drama and I was blown away by the story. I become obsessed with the drama, watching seven episodes at once. I really love watching strong heroines characters and Fu Yao (played by awesome actress, Yang Mi) is definitely one of them. It is amazing how she did not start the story with much kung fu skill, but she somehow made it through every round of the competition with a big credit to our leading man, the fake prince.

I am also fond of Zhangsun Wuji (Ethan Ruan), who pretends to be the prince, but who also shows his charms to Fu Yao at every turn. He unnecessarily worries about Fu Yao, which in turn, saves her life. He has superior martial arts skill, but somehow allows Fu Yao to plant mud on both of his cheeks during their first fight.

Ironically, I am watching this week's episode with an actual death in my family, so it was also sad to watch a drama where everybody has a timer that keeps ticking until death. However, I think this week was also a downer because of the fact Choi Michaela aka Mika (played by Lee Sung Kyung) and Lee Doha (played by Lee Sang Yoon) are still painfully separated.

However, the main developments were in the pressure that Doha receives from his father, his so-called fiance, and his potential business partnership with his Chinese business partner besides the pain he is already in as a result of a breakup with Mika. I really do feel bad for Doha for having all the problems come to him all at once. By the end of episode 12, Doha had enough and I believe he will move toward being independent from all the people who give him trouble even if that means losing his family and business. 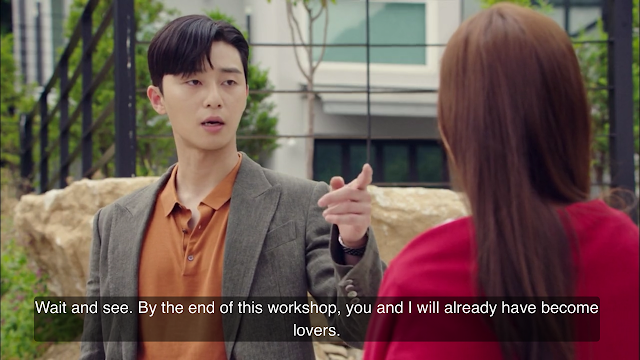 What's Wrong with Secretary Kim remains to be a fun and interesting drama. I am all caught up to episode eight where the problems are beginning to be resolved. Lee Young Joon (played by Park Seo Joon) and his brother's past become a little bit more clear as it seems the older brother Lee Sung Yeon (played by Lee Tae Hwan) lost his memory after the kidnapping event, but believes that he was the one kidnapped with Secretary Kim Mi So (Park Min Young).

However, it does not matter to Mi So because she finds herself falling deeper in love with Young Joon, so it does not matter whether he was the oppa whom she had a childhood bond with and with whom she promised to marry after the kidnapping experience. She lets Young Joon get away with bossing her around even when she has already gave her end-of-employment notice because I think she loves him. Mi So was extremely bothered by how Young Joon thinks of her when she was around Sung Yeon and when Sung Yeon publicly stated that he was in love with her without giving out her name.

Without words, Mi So seems to have known what Young Joon's trauma was without asking Young Joon about his trauma. At the end of episode eight, when Young Joon could not secure the first kiss, Mi So took the initiative and went straight for the kiss, healing Young Joon and helping him overcome his trauma.

I was touched to see that a pair of lovebirds have emerged.


There is no question that I mention Nu'est W's comeback on my Wehaiyo! Drive. I have been waiting for this group since their last album, W' Here. The song sounds a bit complicated, but musically satisfying. I want to hear "dejavu" sung over and over again. I must say that all four members are looking especially handsome for their comeback. Even as I am going through a tough week, I can count on Dejavu to comfort me in the background.

Continuing my thoughts on the special Woo Jin Young and Kim Hyun Soo team who was featured on the Wehaiyo! Drive last week, I now solely focus on Hyun Soo. I stumbled upon this special clip of him singing, "Neo Ya" ("너야") or "It's You." Every time he belts out, "Neo Ya," I feel really emotional and special. It's easy to put this song on replay. Hyun Woo needs to release more songs for us to enjoy.

I naturally eased myself into listening to BTOB's newest song, "Only One For Me." They are so good at singing romantic melodies, which is so appropriate since their fandom name is Melody. I listed to this on replay many times this week and I am very touched by it.

This week, I barely had time to pay attention to the entertainment world, but please continue to support the Wehaiyo! Drive as I upload more content.