Welcome to this week's Wehaiyo! Drive. This week's theme mostly revolves around achievement and success. I can't wait to get started. This week, I was full of energy, creating posts, watching dramas, listening to music, maintain an old page of my blog, thinking up great ideas for my blog, and so on. 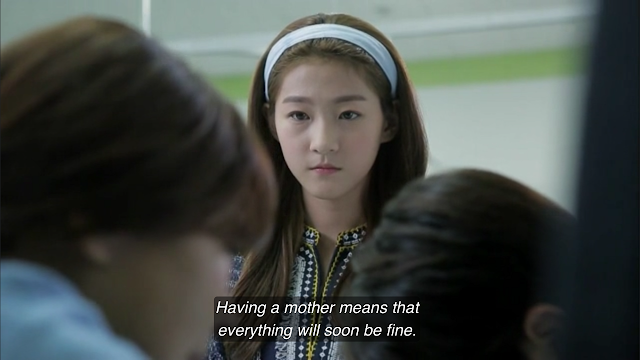 
Warning: If you do not want to know the ending, do not read further. Spoilers ahead.

I finished this drama finally. A big success for myself. When I do not like a drama too much, I spend a long time finishing it. However, since I was almost at the end, I figured I would watch until the end to get it over with.

Last week, I grumbled about the ridiculous plot line between Sungyeol and Woohyun, who have the same names in real life. It only takes Sungyeol, who gets sick once a year, to realize that living harmoniously with Woohyun and their mother is the best plan of action. I really wanted to make him get sick earlier in the drama to avoid the biggest conflict of the drama. Solving the mother problem is almost too easy.

I do not understand Sungyeol too well. After everybody is mostly happy, he decides to run away from home (Can a high school student just get up and leave?) to start a new life. On top of that, while he was crossing the street, he was hit by a car and both Woohyun and Seulbi, played by Kim Sae Ron, risked their lives to save Sungyeol.

When Seulbi loses her memory, I basically shook my head the entire episode. This particular plot line was so unnecessary, but I do like the scenes where her amnesic self has a crush on Sungyeol instead. Irony? Sungyeol then has a great opportunity to reject her. Sungyeol, meanwhile becomes a popular college boy who dates a lot and has a huge following of girls after him. That sudden character change is hard for me to accept.

High School - Love On became a happy ending with every high school student, which is expected for a high school drama. Success!

This is the hottest new drama that just started last week and I can see why. I have only seen two episodes and I have become addicted to the drama already. This drama started off really strong. I love Park Seo Joon and Park Min Young's character in this drama.

Park Min Young's character, Kim Miso, is the ultimate executive assistant. I have no idea how she survived nine grueling years as the executive assistant of Lee Young Joon played by Park Seo Joon. Still, I admire her great sense of patience and her professionalism.

Even though Lee Young Joon is a very narcissistic person, I still can see his dumbfounded charms showing through. It seems odd to me that he would not let women touch him except for Kim Miso. I am anticipating more episodes to find out about his life history. Lee Young Joon's attraction to Park Min Young is the best part of the drama. I can't wait for more episodes.

Since Kim Miso and Lee Young Joon are already much success in their career, I can't wait to see them succeed in their love life.

I started watching Wok of Love since last week. Now, at episode 8, I am excited to see Lee Junho who plays Chef Seo Poong assemble his restaurant team of gangsters led by Doo Chil Sung (Jang Hyuk), what seems like former-masters-of-the-kitchen staff, and the lovely Dan Sae Woo  played by Jung Ryeo Won. The drama has a nice pace with mini-sized episodes (30 minutes each). Chef Seo is out for revenge and I cannot wait until that happens with all its hilarity. This is a drama where there are a lot of unfortunate people in difficult circumstances, so I am rooting for all of them to succeed.

Last week, I mentioned that I would talk about the an exciting and friendly musical feud between our former Mixnine star groups, ONF and A.C.E, who just released their title tracks on June 7th. I feel like these guys put in 200% effort into their performances. Even if the songs sounded bad (which they do not), I still would have supported them just for the effort they put into their performances. I missed these guys so much since YG's music survival program, Mixnine was over. They deserve all the success that they have. Too bad I cannot see them combine into the winning Mixnine group. I am curious about all the backstage banter between the two groups at music shows.

In terms of repeat value, I definitely listened to "Take Me Higher" the most of this week. The music is very relaxing. I have seen A.C.E's busking performance and their live musical performances and was very impressed with their live vocals with complicated and sharp choreography. They are not veterans in the music industry yet, but they are already looking like veterans. Their vocals are very stable.

Every single time Donghun wears these shirts that flip up when he dances, I take notice right away. When Byeongkwan dances his fluid dance moves in the back as they dance in a diagonal line, I am once again, amazed. I have no idea if Byeongkwan is the best dancer I have ever seen.

On the other hand, ONF is also a formidable music opponent. I knew they also had excellent singing and dancing skills since debut and from further watching Mixnine. Since ONF's amazing debut song, "ON/OFF," I had anticipated what they would come back with next. "Complete" is also a very catchy song, which I think will also be very successful. The only thing that is stopping my enjoyment is the fact that I do not know the names of every member. I did know about the members more from watching Mixnine, but I need to see more of them on programs. I will as time goes by.

I cannot help but notice Laun's smiley face in most of their performances. I do not think I can hide from this guy's smiles. He is the smile master. MK has a nice smile as well. They look a bit similar to me. When they smile, I smile. I give honorable mention to Seungjoon, who also caught my eye with his performance. Somehow, I did not notice popular member Hyojin that much. I think I barely recognized Wyatt and U. This is a group I would like to know more about.

I think it is hard to get by a Wehaiyo! Drive week without NCT being on my list. Since I am still watching the Rich Man, Poor Woman drama where this song is part of the OST, I am very drawn to Doyoung's poignant, "It's hard for me...to forget you" line in the lyrics. I love Doyoung's voice. I want more of his works. He is such a great singer. I will not forget him, for sure. For those listeners who like this song, I also recommend Cheeze's version of the "Hard For Me" song.

No matter how much success we achieve in life, we cannot forget about our love.

See you next week. Wehaiyo!