This week, while still in mourning, I did not have much time to venture out of my comfort zone. I was mostly sticking to the same dramas and songs of what I know, so this week, there is nothing too new at the Wehaiyo! Drive. I will also keep it short this week. 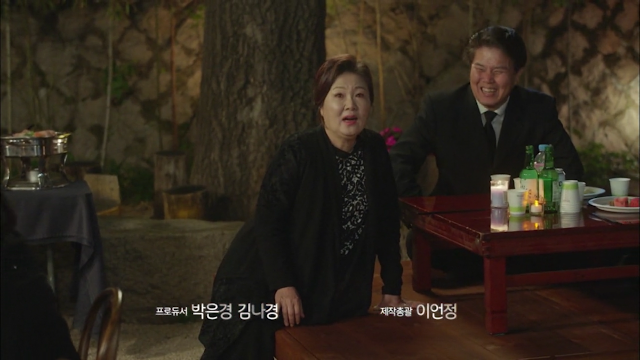 Watch it on: Dramafever or Viki

I am slowly watching this drama up to episode 11 since the plot has lost some of its initial fire. After the tournament at Taiyuan Mountain, Fu Yao (played by Yang Mi) and fake prince, Zhangsun Wuji (played by Ethan Ruan) escape the mountain and go their separate ways. Sadly, I did not see much of them together after that. I miss our main couple! The story also seems to take on a new direction as Fu Yao's adventure continues.

Instead, Fu Yao meets Zhan Beiye (played by Vengo Gao), who is the third (in power, not by birth) prince of the Tiansha kingdom who looks really strong on the outside, but has a weakness on the inside since his mother is being used to force him to take on missions for the king. I am surprised that Fu Yao could not beat him in martial arts and ends up being tied up with rope by Beiye. Beiye is also an intelligent person as he figured out early on who really stole the englobement bell that he was in charge of guarding, and he strategized to lure the culprit out later on.

There are a lot of new characters and it would take me a while to get familiarized with them. 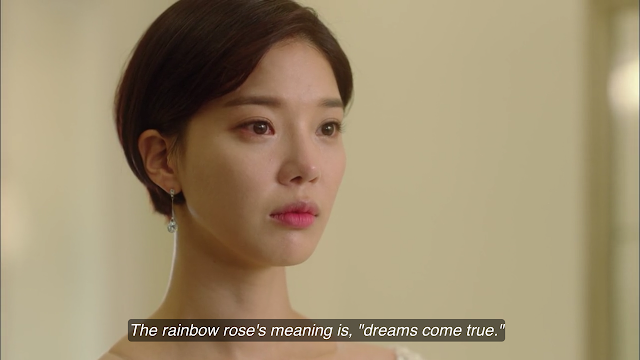 All I can really think about this week after watching episodes 13 and 14 is how crazy Bae Soo Bong (played by Im Se Mi) is for forcing a marriage to happen even if she has to ask her potential father-in-law to break the arms and legs of Lee Do Ha (Lee Sang Yoon) to make it happen.

Even if Soo Bong can marry Do Ha, how can she ever attain any form of love from him after all her horrible deeds? She is clearly selfish by advancing her own agenda instead of considering Do Ha's wishes. By the end of episode 14, Do Ha made it clear to Soo Bong, yet again, that he cannot marry her. I do not particularly care if Soo Bong jumped off the rooftop of a building, except this type of action is far from her character, who is the type of character who would not easily give up when facing failure. At least, I do not expect her to go into shock and think about taking her own life after failing to marry Do Ha.

In episodes 10 and 11, Secretary Kim Mi So (Park Min Young) is very close to uncovering the truth about the childhood kidnapping event involving her, Lee Young Joon (played by Park Seo Joon), and his older brother, Lee Sung Yeon (played by Lee Tae Hwan). At this point, we know that Sung Yeon's memories has been somehow planted into his head and Young Joon is the actual boy that was kidnapped with Mi So when they were young. There is still the mystery woman in their childhood nightmares, who Young Joon and Mi So cannot identify yet.

On the other hand, there were many comedic moments in this drama with our side characters. I laughed out loud when Mi So's sister thought Young Joon had a sexual dysfunction problem because he could not initially kiss Mi So.

The side love story lines with the office staff are also interesting. I want to see more development between neighbors Go Gwi Nam (Changsung) and Kim Ji-A (Pyo Ye Jin). They are still bickering like enemies with the last argument about making outrageous demands for offers of leftover food.

On the other hand, Bong Se Ra (Hwang Bo Ra) and Yang Cheol (Kang Hong Suk) are almost becoming a couple. Yang Cheol is visibly smitten by Se Ra as she drunkenly walks away. I am blown away by Kang Hong Suk's singing ability during the "King of Mask Singer" segment. Did he have any musical theater experience?

Did the casts members get through any scenes without laughing?

I was not particularly obsessed with music this week (except for Nu'est W's "Dejavu" and other songs that were previously featured on the Wehaiyo! Drive), so this week's music features songs in the back of my mind.


This version of Shinee Jonghyun's "Breath" was stunning. The mystery man sang a mature version of the song. The rendition was beautiful and worth another listen.

If the mystery singer is really Han Dong Geun from Pledis Entertainment, then that's amazing as well.

This song randomly made its way back into my Youtube playlist. It brings back memories of I.O.I., the temporary Produce 101, season 1 winner group, except this particular song is promoted by the I.O.I. sub-unit (with seven of eleven members) since not every member could join the promotions.

Still, I like seeing and listening to a strong woman theme even though they are singing about a "mighty good man."

I did not replay this song in its entirety at all this week, but this song was stuck in the back of my mind, especially the chorus part (You-oo-ou-oo-ou...I'm your girl...). I suppose, even with a brief listen, the song was unconsciously stuck in my mind. I do not know specifically who the Khan duo is, but I am very curious to learn more about them.

Upon a little research, the girls are formerly The Ark members, but are now formed as a duo under Maroo Entertainment as Khan.

This weeks seems to be a random week for me. Every week is a different experience. See you next week.