Since I was hosting my family for most of last week, I was not able to check too much on what is happening in today's edutainment world. However, I noticed this week's theme is about how powerful, yet fragile a woman can be. 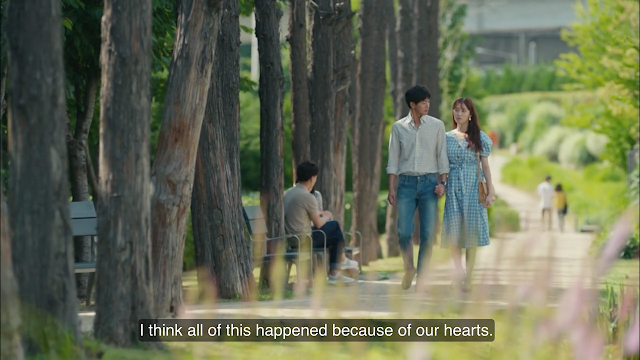 I started a new drama whose heroine, Ye Zhao (played by Sandra Ma), is a Tang General who is forced to marry a pretty boy Zhao Yujin (played by Peter Sheng), but I think she secretly likes the idea of marrying him. I watched through the first four episodes easily and if it was not for a lack of time, I would have kept on going.

Ye Zhao reminds me a lot about myself, because I would have acted the same way. No matter how successful I turn out to be in my career, I have a lot of room for romantic thoughts and I am sure I would be excited and curious about my arranged marriage to my husband and the identity of my husband. Then, after the marriage ceremony is complete, I would be extremely loyal to my husband provided that he is a decent man who is a good person and has a good personality.

Actress Sandra Ma is strong and capable in her role as a rough manly woman. I cannot believe she played the role of Li Bala, a seductive girl in the movie, The Left Ear, which I consider one of my favorite Chinese movies.

Peter Sheng seems to be another good actor as well, but he is a bit skinny to be the love interest of Ye Zhao. I also do not find him to be a pretty boy, but he is not bad looking. 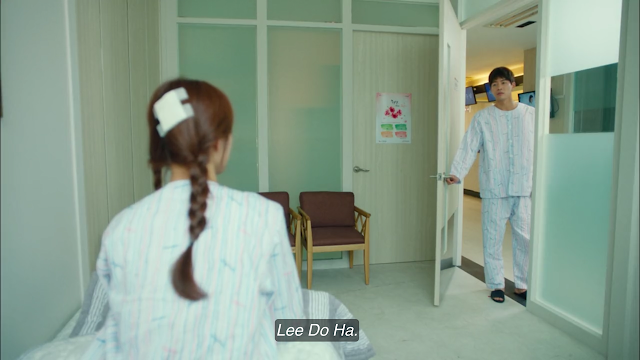 We have finally made it to the finale of About Time. In the last two episodes, I was disappointed in the way the story was unfolding. Throughout the drama, I never understood what exactly made the time stop, what made it accelerate, and by the end, what made it go out of control as our couple gravitates toward their demise. By the end of the drama, the time clock disappeared completely without reason and possibly linked to the heroine's grandmother, which is a far-fetched idea.

I am impressed with Choi Michaela or Mika (played by Lee Sung Kyung) for not being so scared of dying when the end was so near. She basically tries to live the last 19 days of her life peacefully. Lee Do Ha (played by Lee Sang Yoon) was also unafraid of dying as well. He had no problems hesitating about his decisions, knowing that every moment he spends with Mika will lead towards his death.

The story did not make sense in the end. They could have ended it when they were both thinking their last thoughts as time ran out. Miraculously, the couple was somehow reborn and we do not know how much time is left, but to keep the end a happy ending, we as the audience, should not know the truth. Ignorance is bliss.

I would like to give a shoutout to actor Kim Dong Joon who played the music director. I am unsure of his role in this drama. He was not the second leading man and his plot line was going nowhere by the end. He sort of develops an early-stage crush on Mika by the end of the drama, but that will also lead nowhere. I hope Kim Dong Joon earns more acting opportunities because of this role in order to show more of his talent.

Lastly, the Rowoon and Han Seung Yeon couple ending was sweet. It would be nice if she did not spend almost all of the drama rejecting his advances. I did some quick research and Han Seung Yeon is eight years older than Rowoon in real life. It did not bother me since Han Seung Yeon looks younger than her age. 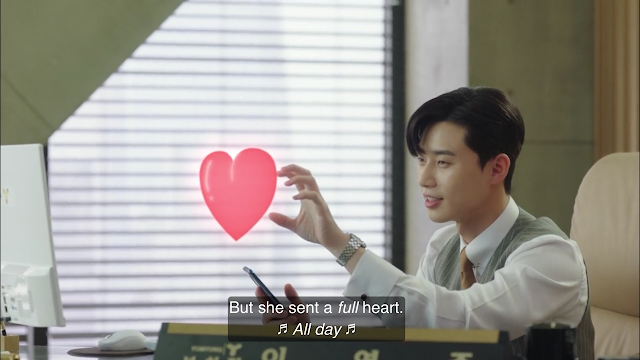 This week's episodes 11 and 12 are more like, "What's Wrong with Vice-Chairman Lee Young Joon?"
We finally get the answers to what happened during the kidnapping of Lee Young Joon (played by Park Seo Joon) and his brother Lee Sung Yeon (played by Lee Tae Hwan). The mystery of why Kim Mi So (played by Park Min Young) is so afraid of spiders has been revealed as well. Honestly, this could be realistic, but there is a lot of makjang (outrageous story lines to keep the audience hooked) drama. The Lee family could have had a happy resolution, but they choose the difficult road.

I can see that Mi So feels that her relationship with Young Joon is developing at lightning-fast pace and she is uncomfortable with it. I think Young Joon had asked her to marry him twice already and they barely had more than a couple actual dates. Some people might think Young Joon is creepy or has an ulterior motive for advancing their relationship so fast, except he is so handsome and charming that we forget his actions are creepy. Mi So tries to lightly reject Young Joon's advances to sleep with her, but loses in the end.

To really hook in the audience, the episode ends when Young Joon is unbuttoning Mi So's clothes. Please tune in next week!

My mind was in a cloud this week, so the music I listened to did not get much repeat listens, but worth mentioning on the Wehaiyo Drive.

Can somebody explain what this song means? I am really perplexed, but the song and melody are really catchy and puts me in a great mood. First, the title is spelled backwards, so I am guessing the singer is in some type of denial about his loneliness and whether he loves this girl.

My conclusion is that this man does not know what he wants and even though his mouth may say that he does not like the girl, he really does like this girl. I sense a lot of mixed feelings in this song.

This is one of my favorite songs on the Nu'est W "Who, You" album.

The style of this song reminds me of the style of TaeTiSeo, the Girls Generation unit group. I was curious about what "Semina" means, so I did some quick research. First, like TaeTiSeo, who combined the first character of each member's name, Gugudan also followed the same style, combining the names of  Gugudan members Kim Sejeong, Mina, and Nayoung. Secondly, the word, "semina," sounds like word for jealousy in Korean.

The lyrics are about a confident woman who strongly believes a man has fallen in love with her. The lyrics seem to forcefully indicate that the women gets jealous when the man looks elsewhere for love when the man should be choosing the woman. He may be playing hard to get, and doing so makes the woman love him even more. By the end of the song, the woman is driven crazy, but knows that in the end, he will come to her.

By the way, Kim Sejeong looks great with long hair in a ponytail. She almost looks like a different person to me.

Apink released a song that sounds great and sounds like a whole new level of Apink, but it's another song on the Wehaiyo Drive with lyrics that I cannot understand completely. All the members voices sound so good that I do not need to concentrate or look for anybody that does not sing well. Usually, for Apink's songs, I look for Eunji's parts because she sings so well.

I am trying to understand the exact meaning of the song. It seems the woman is sick of lying to herself that she loves this man, but she gets confused when he says he misses her or loves her. She also has a definite impression that when he calls her, he does not truly love her. She tells herself that she does not love him, yet she wishes that he would do something to make her fall in love with him again. In the end, she makes a resolution to leave him.

Women may appear strong, but are really fragile on the inside. Women may make decisions based on fragility, but no matter what choice women make, they continue and power on with even greater courage.